We´ve arrived in Nuevas Casa Grandes, in the Chihuahua state of Mexico (and yes, I’ve already seen my first Chihauhua pooch, tiny it was too). I’m travelling with the rest of the ‘dirt bag chaingang’ – Jeff, Jason and Anna – both for sociability and for safety, as the border regions of Northern Mexico are said to be a little spicy at the moment. And it’s proving to be cheaper too – the simple hotel we’re in right now is over 25 US dollars, which would pretty much rule it out if I was touring alone. 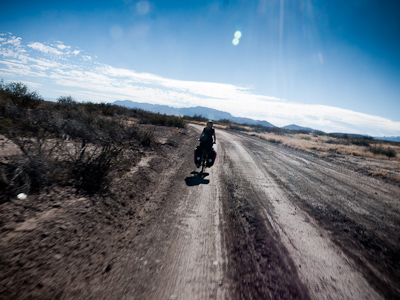 Crossing the border was ridiculously straightforward. We seemed to be the only ones and Oscar, the disarmingly laid back official on the Mexican side, suggested we ride on to Jenas as there was an electricity cut in his office. First impressions? Where there was pavement on the US side, it was dirt on the Mexican. Friendly, wavy people. And the whole place just feels different. Same cars and trucks, just dustier, dirtier and more beaten up. So far, I like it... 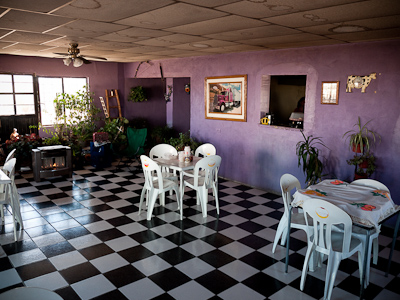 After seven miles or so, we hit the highway, and a small truck stop restaurant serving up plates of quesadillos - tortillas wrapped around melted cheese - and refried beans laced with chunks of meat. 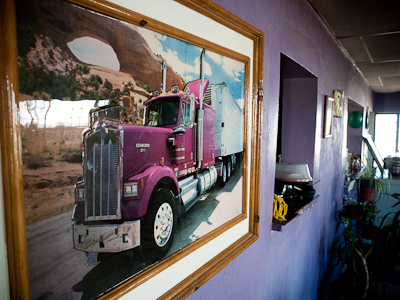 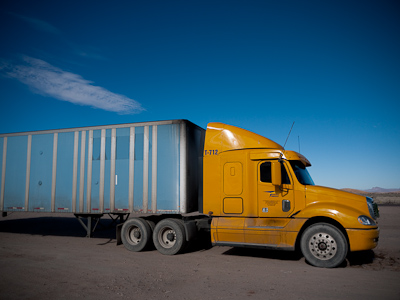 And the real thing. Having convoys of these goliaths to contend with wasn't ideal. And unlike most of the American highways I've ridden on, there was absolutely no shoulder. To give ourselves some more road presence, we rode as a pack, rotating leader every 5 kilometres. Luckily the truck drivers, for the most part, were very professional, and we didn't get squeezed off the road once. 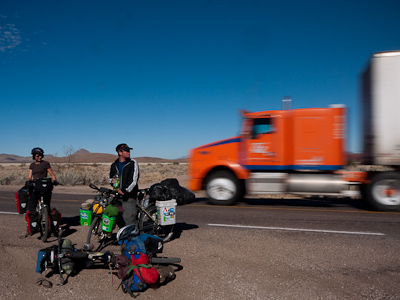 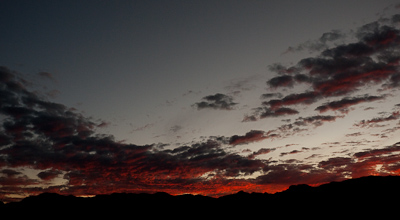 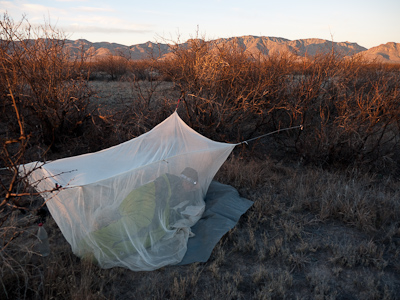 Jeff's a man of the tarp, rather than the tent. The last couple of nights he's been tying up his mosquito net - not for mozzies, but to keep warm. Hung between the thorny scrub in the desert, it looks a little like he's been embalmed in a giant spider's web. 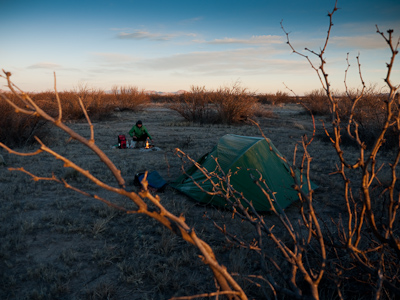 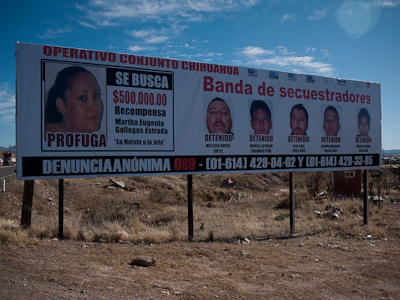 It can be hard to know where the media frenzy ends and the reality begins, though the border regions of Northern Mexico do seem to be hot spots right now. This gang of bandits have been caught but dastardly Martha, their rather benign looking head honcho, is still at large! 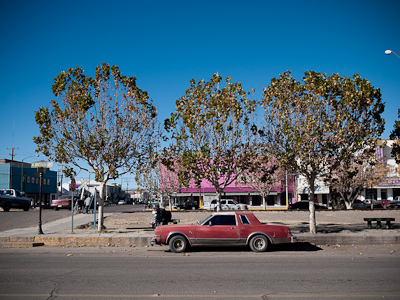 The main drag in Nuevas Casas. 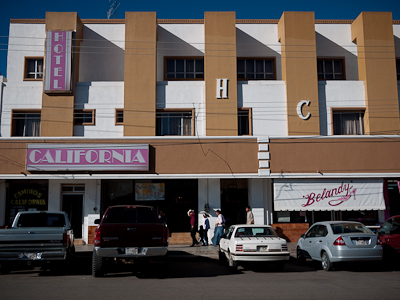 The venerable Hotel California. Our room had two 'matrimonial' beds, into which we had to fit four smelly cyclists. 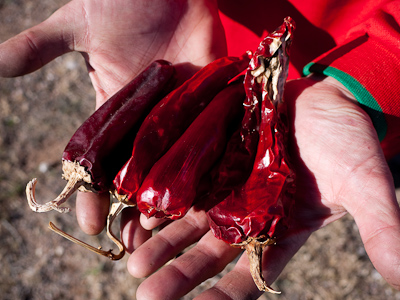 These sun scorched dried chillies, lying scattered on the roadside, are a great way to spice up a camping dinner. 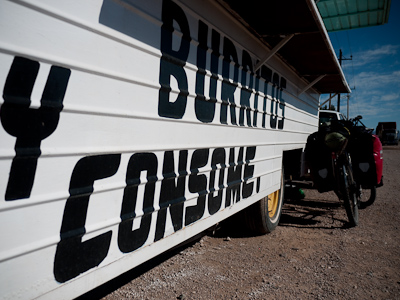 And in a similar vein, our first roadside snack: burritos served with hot sauce, onions and sauted prickly pear cacti - nopales, in Mexican. 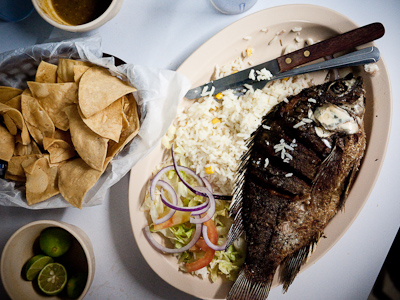 And while I'm on the food theme... A celebratory meal in Nuevas Casas Grandes. This tasty platter of fried Tilapia set us back around 6 dollars a piece. The restaurant was appealingly simple: a beach scene fresco, black faux leather chairs, and five varieties of chili sauce on every white plastic table... 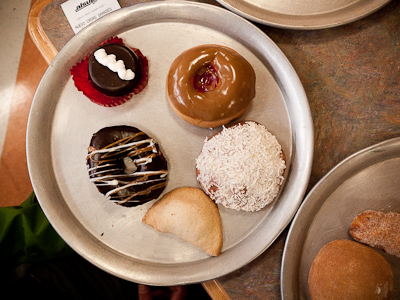 An experimental breakfast at the supermarket. Being so close to the border, most of the shops and layout have the US strip mall feel. Anyway, enough about food... Time to ride!

The Need To Know Section

Food – plenty in Janos, and at truckstops along the way