It’s hard to imagine a more beautiful, alluring metropolis than San Francisco and the surrounding Bay Area, particularly when the sun is shining in all its glory, and a new season is being ushered in. After 10 days of dirt road meetups, balmy coastal camping and park picnics, I’m now back on the train home, destination New Mexico.

Here’s just a few photos from the trip. More to come soon… 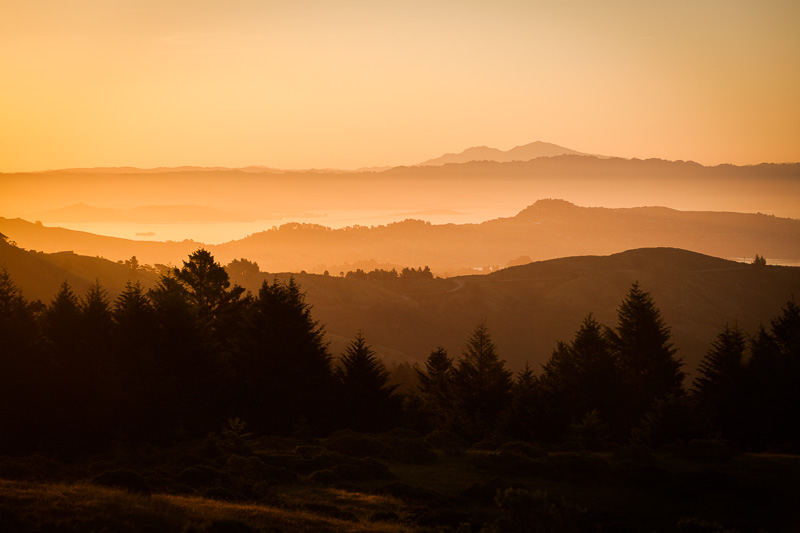 The early bird gets the worm. Sunrise in the Marin Headlands, just a short ride across the Golden Gate Bridge. 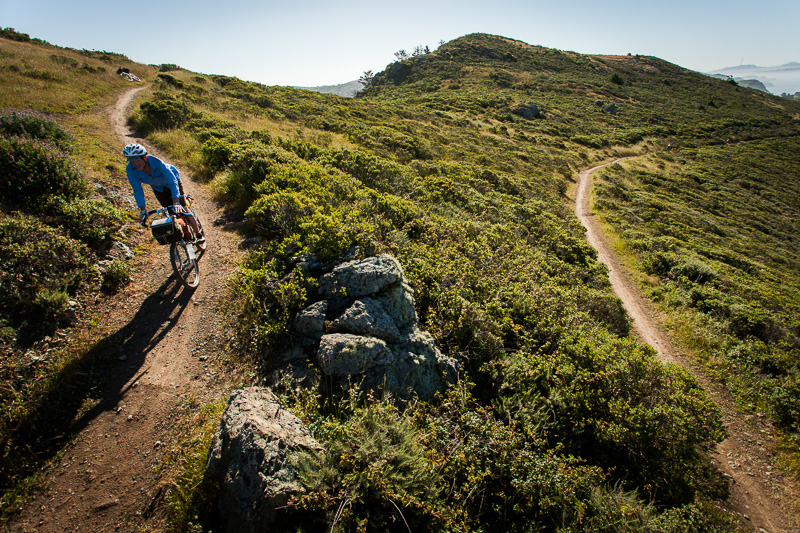 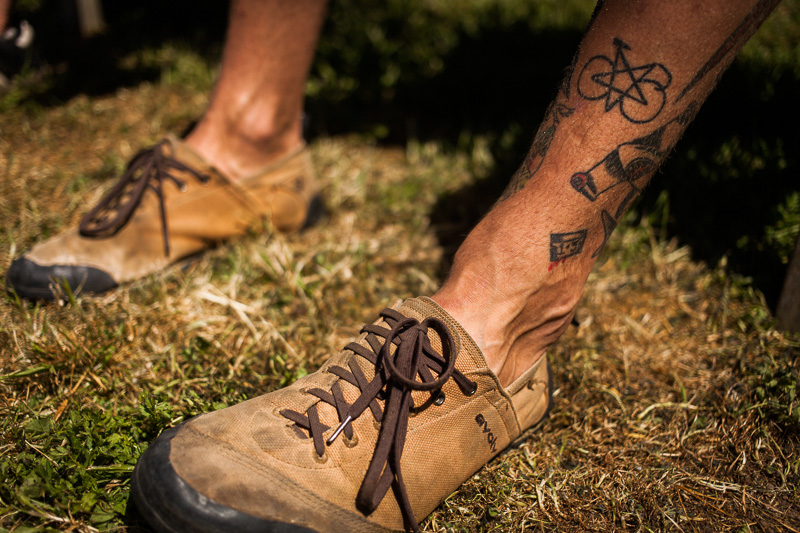 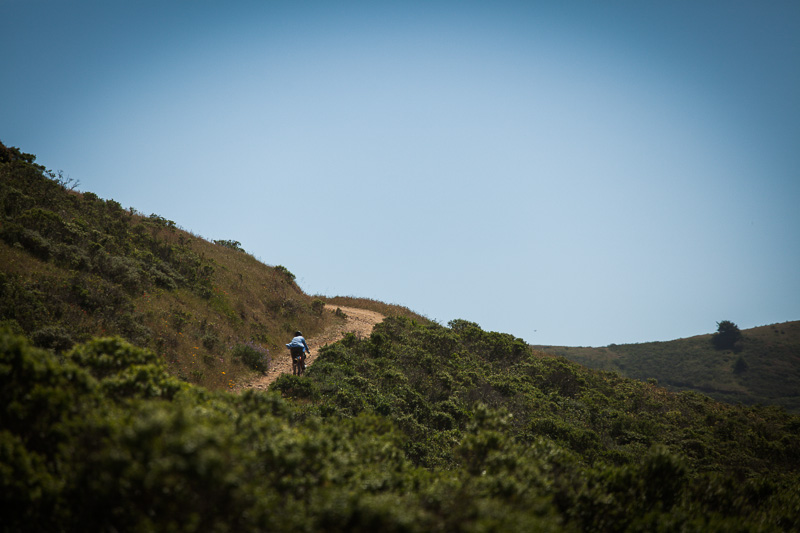 Loose, off camber tracks are the name of the game in the Headlands, as ridden by generations of dirt road riders, since the dawn of modern mountain biking. 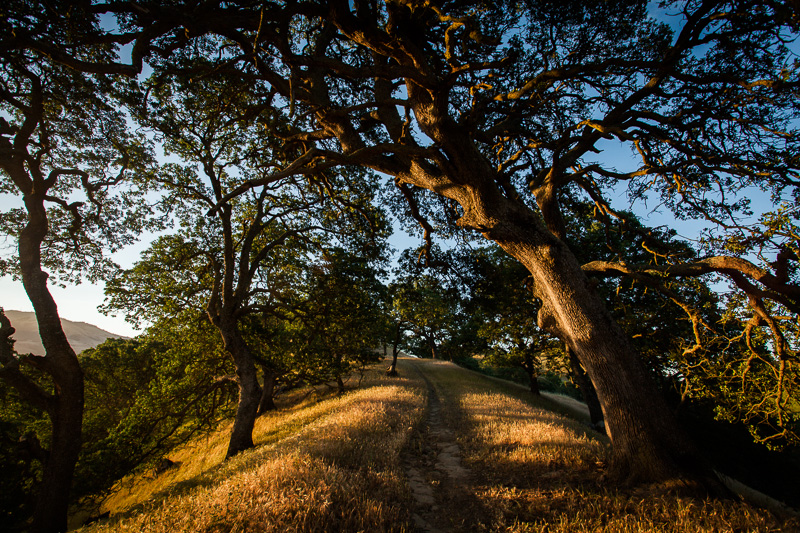 Shell Ridge, rising steeply from the foothills of Mt Diablo, is a sublime open space area. It’s laced with buff singletrack, meandering its way through tunnels of old and wizened oak groves. 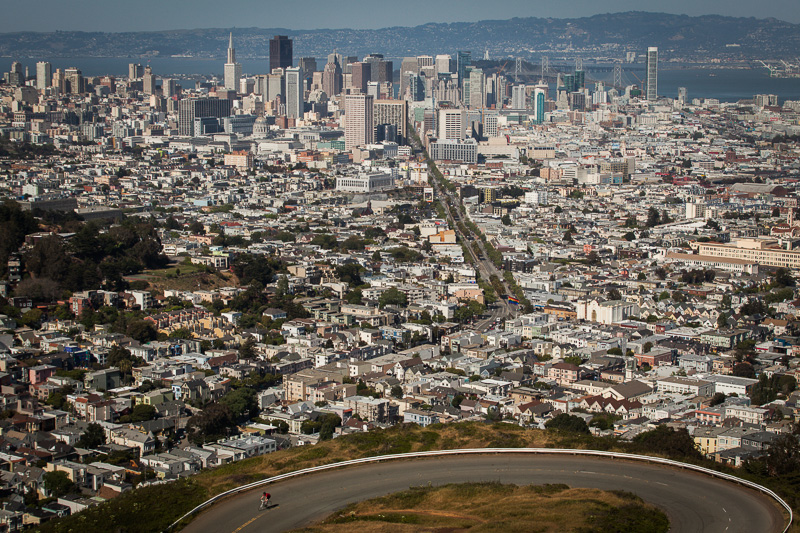 Meanwhile, back in the city: Twin Peaks and its switchback descent. There’s all kinds of riding to be had straight from your front door. 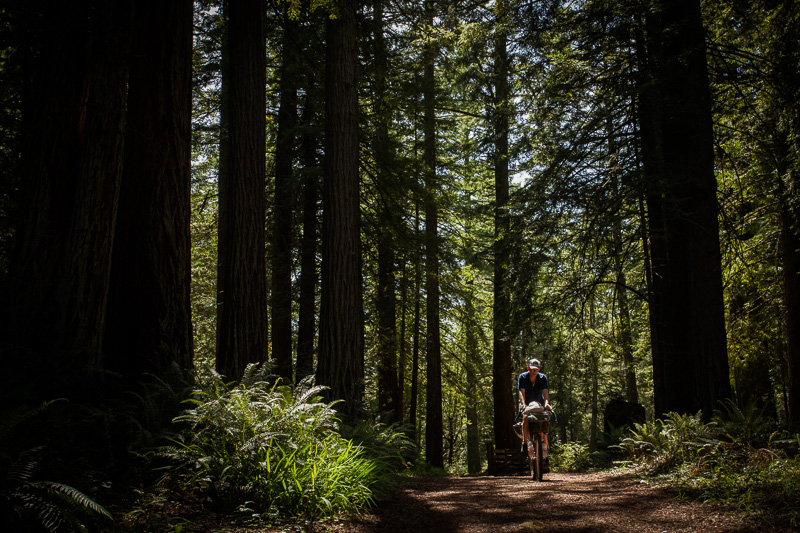 The trail along Bolinas Ridge – one of my favourites – is framed by lush foliage and an austere corridor of redwoods. 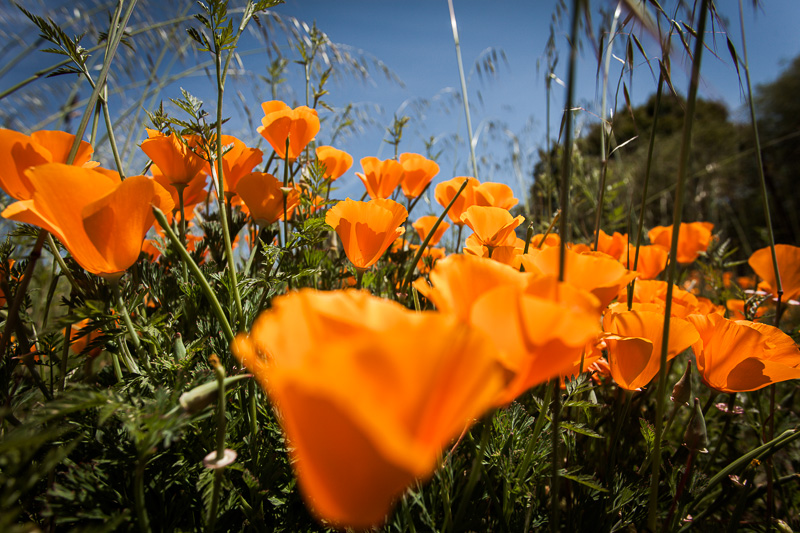 Spring time – Californian poppies resplendent in all their neon glory. 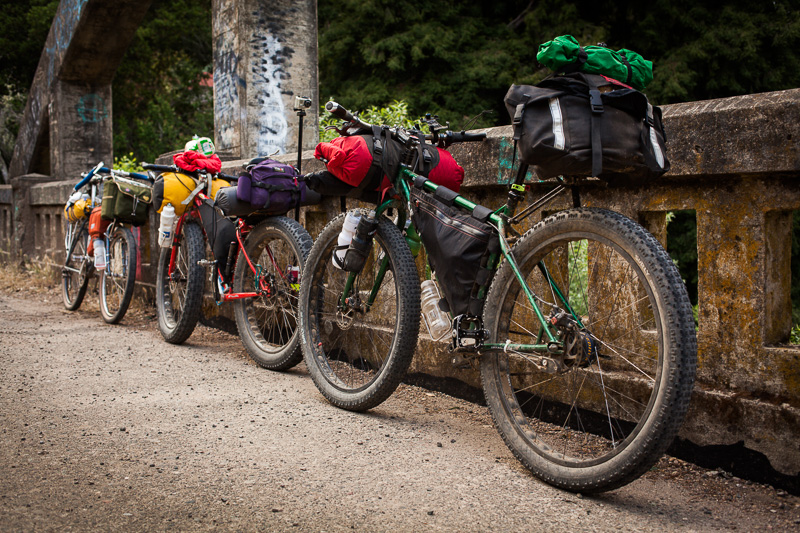 Did I mention my bike? It’s a Surly Krampus, nicknamed Brutus, and now complete with Rohloff Speedhub and tubeless 3in tyres. Seen here with Colin’s Pugsley and Jake’s Marin Eldridge Grade. 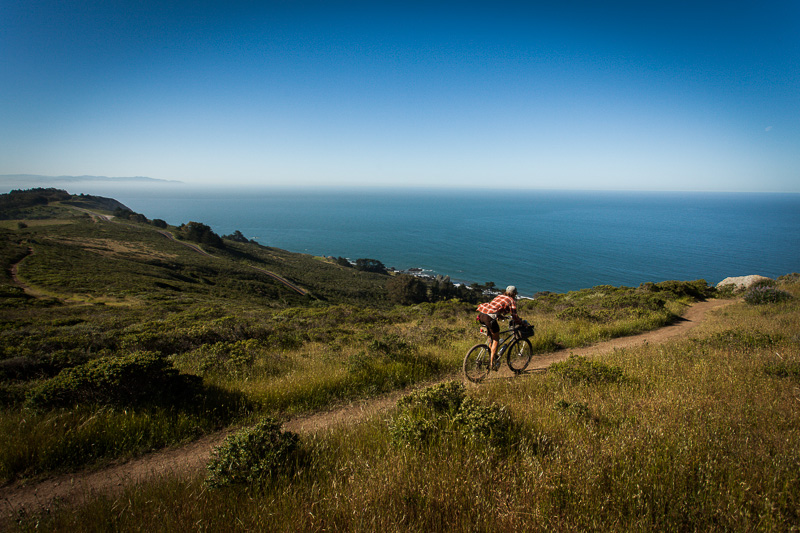 Shirt fluttering in the coastal breeze, Jarod and his Rivendell Hunqapillar let loose, to an oceanic backdrop and distant rocky bluffs. 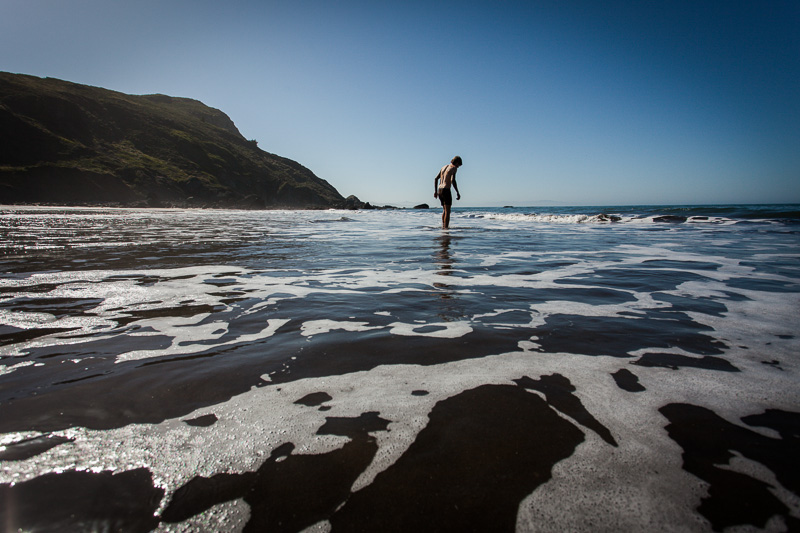 Dipping tyres and toes in waters at Muir Beach. 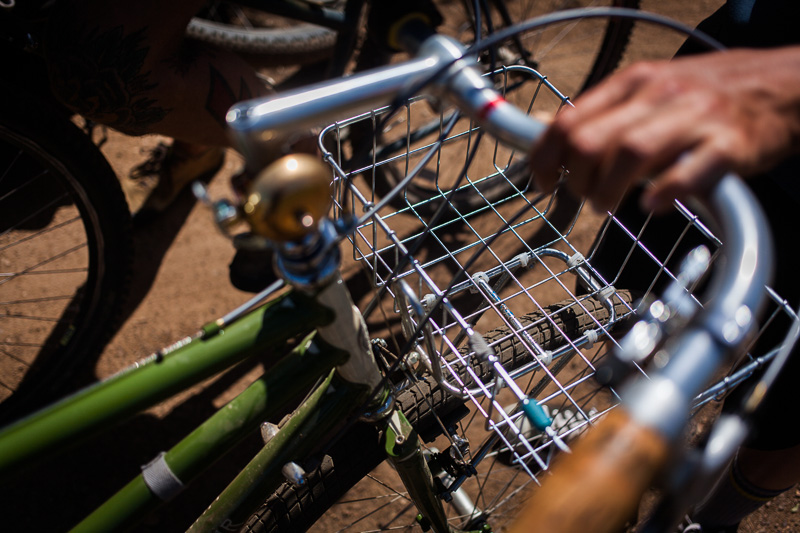 Different strokes for different folks: the bicycle basket, surprisingly capable at hauling all your camping gear, on dirt and pavement alike. 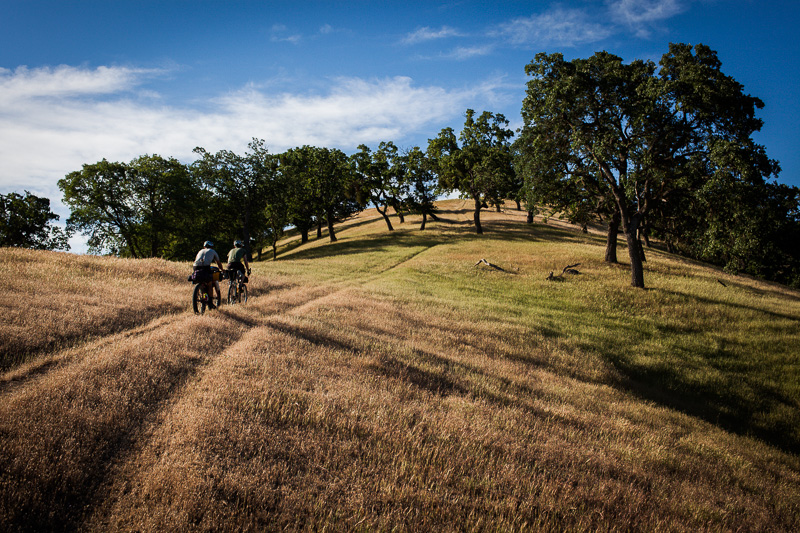 Further explorations around the polished hilltops of Shell Ridge. 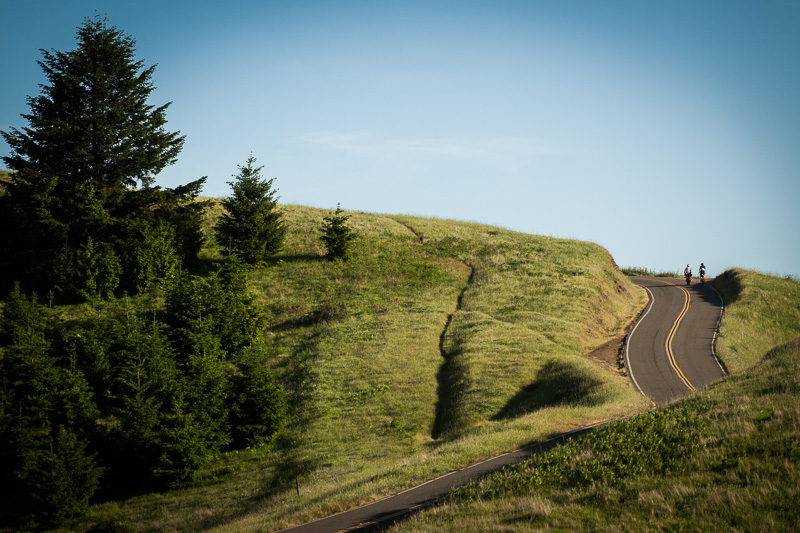 The Bay Area: a Mountain Biking and Roadie paradise.

The train from Oakland, CA to Albuquerque NM, costs $130 (booked a few days in advance, and date changeable for no fee). If you have 28 hours to spare, it’s affordable, relaxing, bike-friendly and scenic.

The segment from Oakland to Bakersfield includes free wifi too, which I’m availing myself of right now, as does the bus link from Bakersfield to Union Station, LA.

The bike travels free and unboxed to LA, then it’s $10 to New Mexico – and a further $15 if you need to purchase a bike box. Amtrak boxes are massive, and require very little disassembling of your steed.