There’s a lot to catch up on of late, including some serious hike and biking in the midst of an equally formidable snow storm. Winter seems to be here… 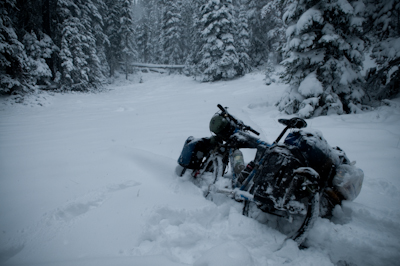 Did I mention we had some snow recently?

First though, here’s a quick catch up from the ride to Helena, at the opposite end of the weather spectrum with its body-baking, 90F heat. Compare and contrast the above and below pictures, taken just a few days and a handful of miles apart… 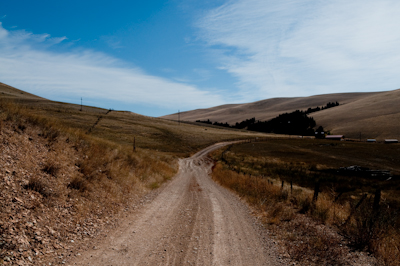 After weeks of unremitting sun, who'd have thought winter was round the corner.

For this stretch I was back on my own, as Chris and Robert had ridden on ahead to Helena while I hitched over to Missoula. There, we’d planned to reconvene and get a ride with Dan over to Bozeman for a couple of days, to catch up with him after Alaska, collect some post, and explore some singletrack, of course.

First though, I needed to leave Seeley. Kindly Trace, a teacher at the local high school, and his wife had offered me a sofa for the night. There was a caveat. In the morning, I swung by his Spanish class to give a talk about the journey so far. I tried to exude to them both the wonders of travel, and how particularly delightful it was to experience the world by bike. Judging by the lack of raptuous applause, I’m not sure if I convinced them… 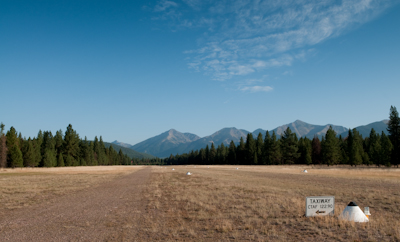 After I regaled his class with Bike Talk, Trace pointed me towards a short cut to get me from his school back to the Great Divide Trail. However, it seems I can navigate my way down from Alaska, but not out of Seeley - here's the view as I rode down the airstrip before clambering under a barbwire fence into the gun range.

Amongst the three passes to Helena, this portion of the route crosses the Great Divide twice, and in doing so, morphs dramatically in scenery. Emerging onto a ridgetop after a gruelling, rock-infested climb, gone are much of the tight, thickly forrested corridors of pines, making way for a more open, softer, gold-tinted landscape. 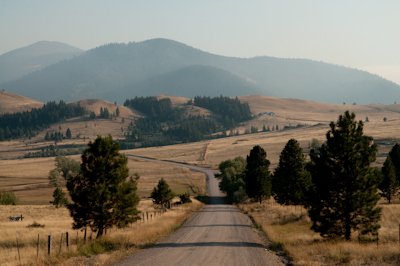 A rewarding descent into Helena after toiling up and over a medley of passes. Or so it should have been. After pinch flatting innumerable times, I limped into the outskirts of town, camping behind a cat and dog grooming business, and between a tattoo parlour and a bar. I desperately need to change over to the new set of Marathon Extreme tyres waiting for me in Bozeman... 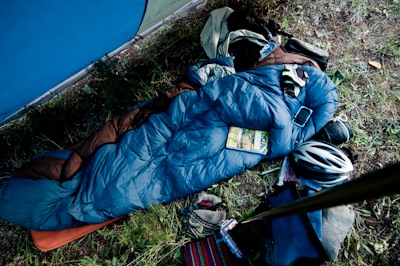 Talking of camping, I love the Black Diamond MegaLite tarp. It's quick to pitch and super roomy, easily enough for 3, and weighs less than a kilo. Sleeping out on the grass feels feral. And I like being feral. Soon though, I'll have to give it back to Dan, and swap it for my Terra Nova Solar, which I sent on to his place while we were in Alaska. Also seen here is my Alpkit 400, an amazingly well priced down bag from the UK. I love Alpkit's humour. The label suggests surfing over to alpkit.com for care instructions, but adds: "If you're in a rush and can't be bothered to log on, at least read the following..." rounding off its abreviated advice with the usual care symbols, "for those who speak pictogram". 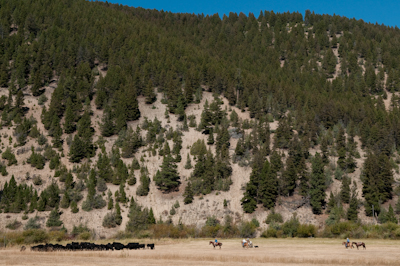 This is cowboy country, and wide brimmed hats and pointy boots are the dress code. Perhaps it's a sign of the times though that it looked like this group of slightly overweight riders herding some cattle were being trained up in the ways of the ranch, City Slickers style. 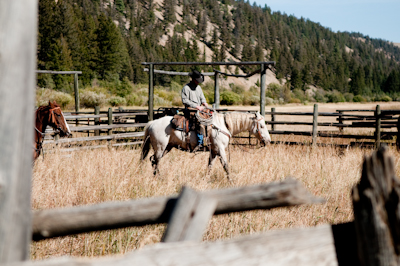 The genuine article. This places lives and breathes horses. Like a sports store in the UK with its wall of trainers, the outdoor store in Helena sold a vast range cowboy hats and boots, right down to diddy kids sizes. 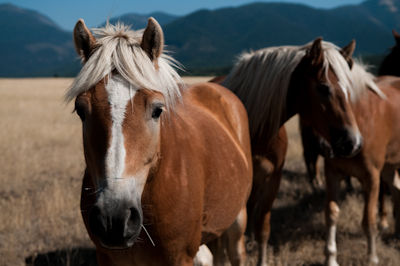 I'm no expert, but these horses looked like they'd make fine extras in a Clint Eastwood movie. 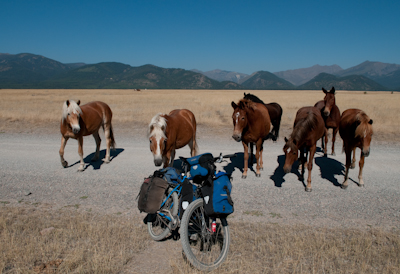 They liked the bike too, heading over en masse for a nuzzle. 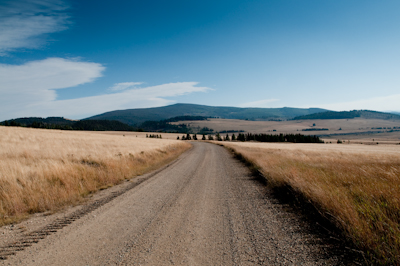 A helping tailwind propelled me along the gravel road, into the late afternoon haze of the ridgetop. 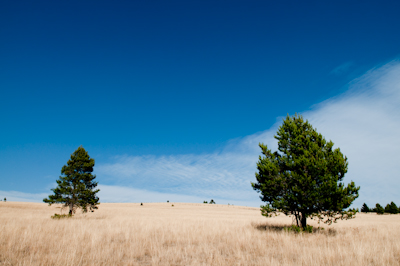 I liked this scenery, sparse and mellow that it was. Most of the panorama was hogged by Montana's trademark Big Sky. 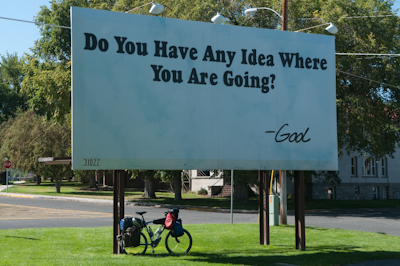