Here’s a picture story from our second storm. It might seem a little tame compared to Lava Mountain, but it felt pretty full on at the time. Suffice to say that it was enough for Robert and Chris, who have only a couple of weeks of their trip left, to cut their losses and head for the southerly sun in Moab, lured by the notion of mountain biking in T shirts. Very sensible… 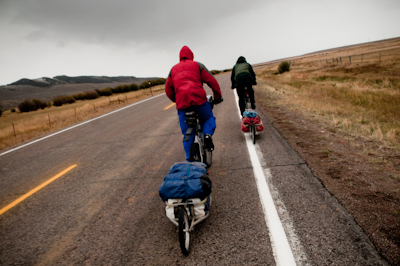 The day began with brooding skies, but none of the driving winds or snow we'd been promised. 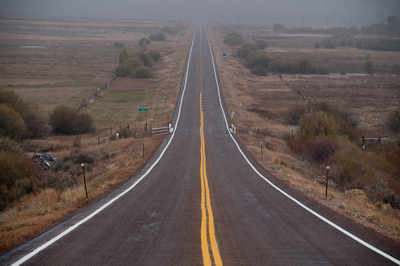 After a long drag on the pavement, battling cattle trucks that whooshed past a razor width away, or so it seemed, we turned off onto quieter dirt roads once more. 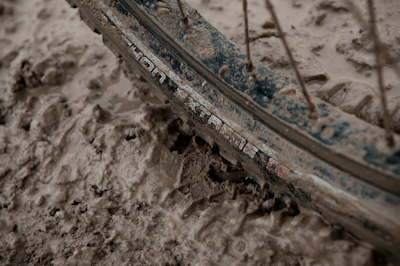 Cue snow, which turned the clay-based surface to a tacky mush that sucked on our wheels - gumball, the locals call it. 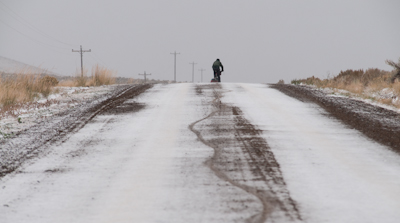 Robert wobbles on as the ice forms... 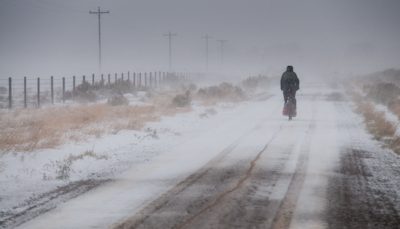 And the winds start to blow... 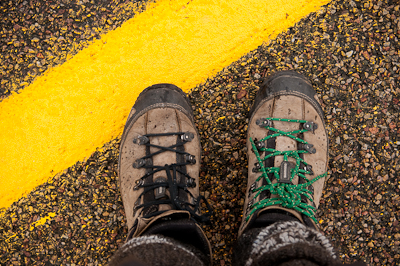 I was ready for battle though. Shimano boots, wool leg warmers and odd laces. A killer combo: performance and style. 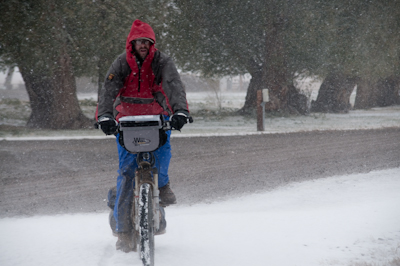 Chris kept toasty in his new wardrobe of ski boots/trousers/mitts. Those derailleur gremlins were still conspiring to do their best to slow him down though. 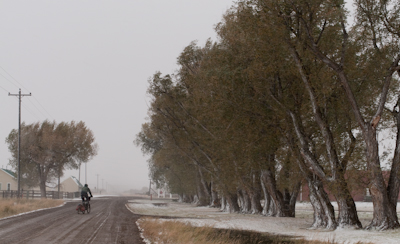 With horizontal snow stinging our faces, we took refuge in Cross Ranch, whose owner kindly availed us of his heated workshop for a session of bike cleaning and food chomping. 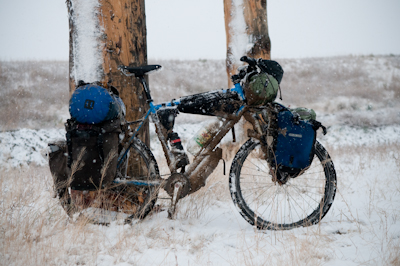 The Travel Master's Rohloff revels in these conditions. Very impressive. I really like my Epic Designs front bag too. 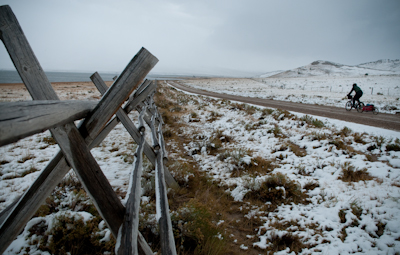 A little warmer, drier, and with full bellies, Robert and I persevered on the gumball trails. Chris opted for tarmac to salvage his gear system, chancing his luck with a ferocious headwind instead. 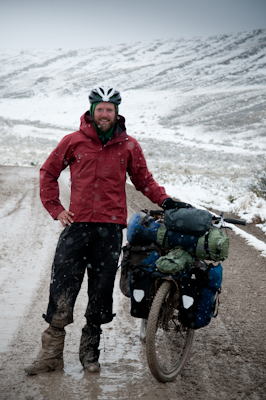 A good choice, as the track got worse and worse. The mud slowed us down to a 5mph crawl. 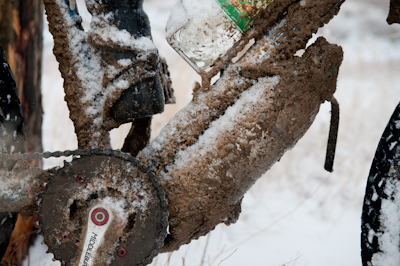 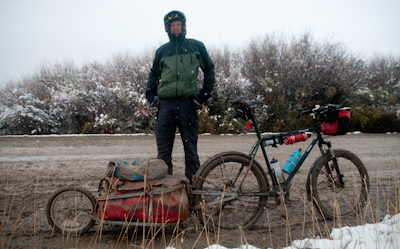 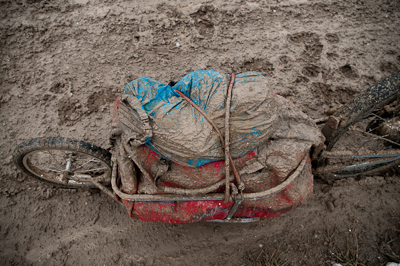 Not very motel friendly, me thinks. 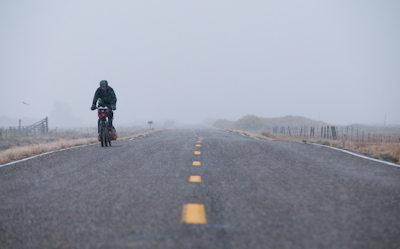 Eventually we emerged back onto tarmac, following a frontage road parallel to the highway for the final push to Dell. 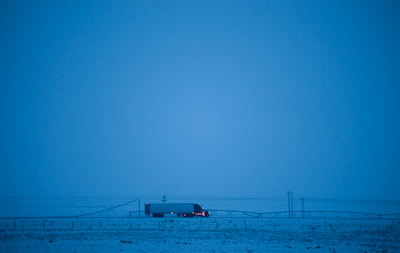 It was dark by the time we got to the welcoming warmth of its one and only mercantile, relieved to be out of the cold.

Which brings me up to date with our night in the characterful Amish log cabin. Robert and Chris are now in Moab, so from here on, I’ll be back on my own again. I’m writing this from Jackson WY, trying to plot my next move – one eye on the map, the other on the weather… 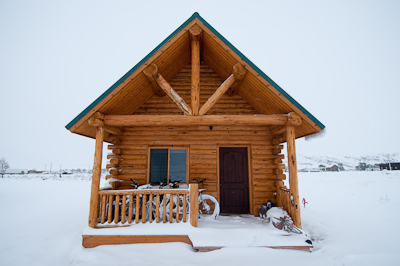