It’s been a while since I’ve swung a leg over the Ogre; I’ve been too distracted by the fatty delights of the Krampus. So when Jeremy suggested an afternoon of dirt road and gravel grinding out to Diablo Canyon, the Ogre beckoned once more. 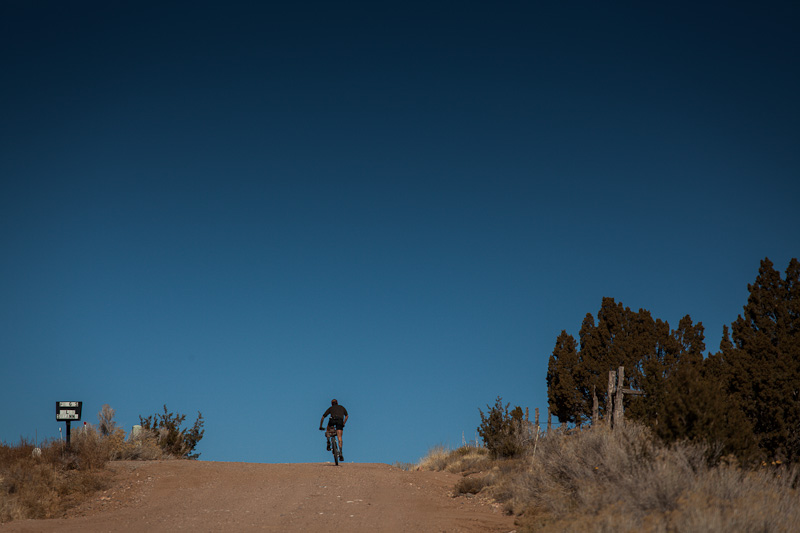 (Yet another) Bluebird day in New Mexico. 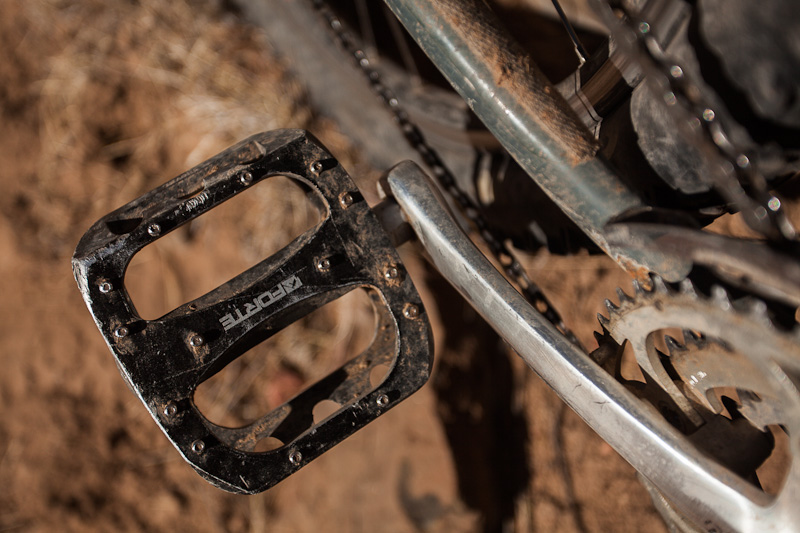 This was a ride that called for flat pedals… 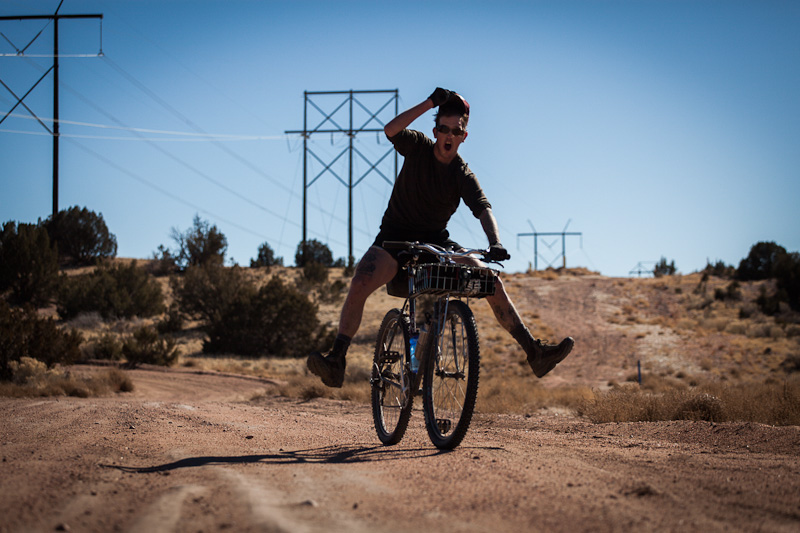 … and a front basket. 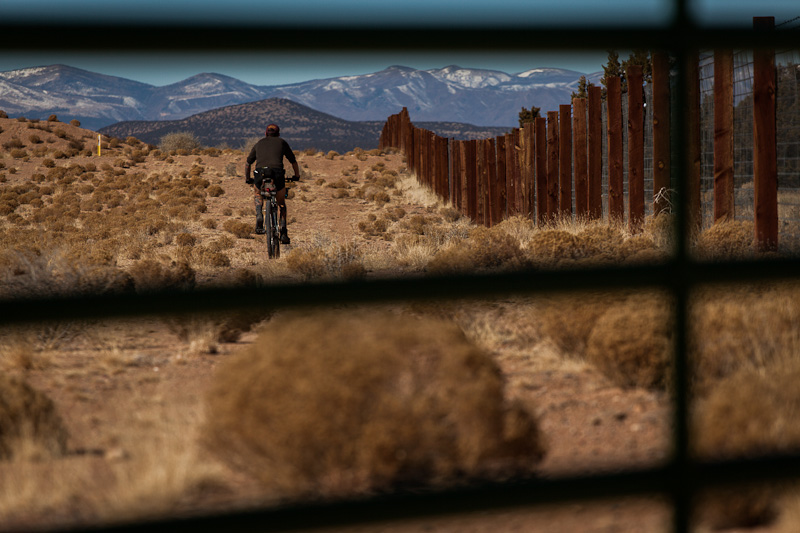 We decided to attempt a new backroute to the canyon. Some surreptitious fence hopping required. 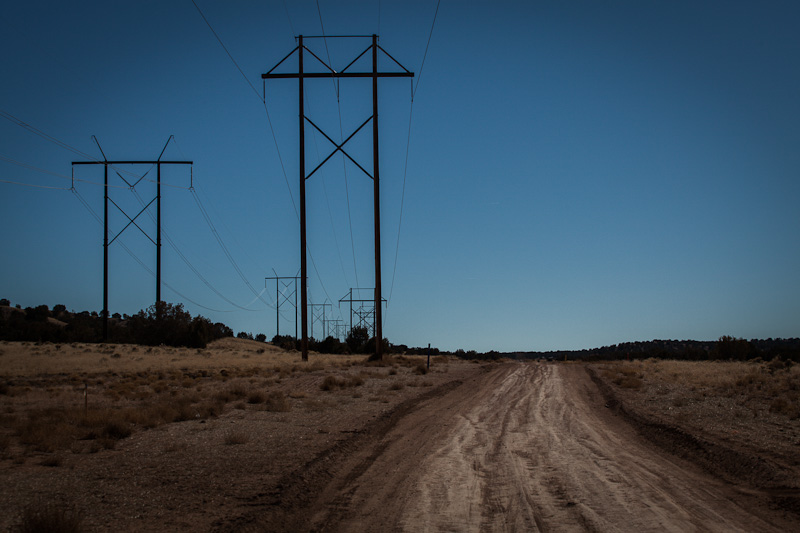 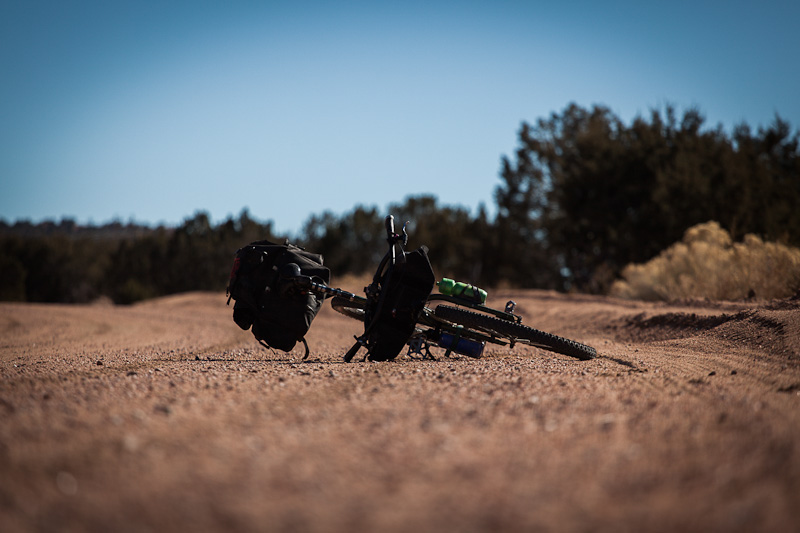 New Mexico abounds with dirt. Who would have thought that February would deliver such ideal riding temperature? 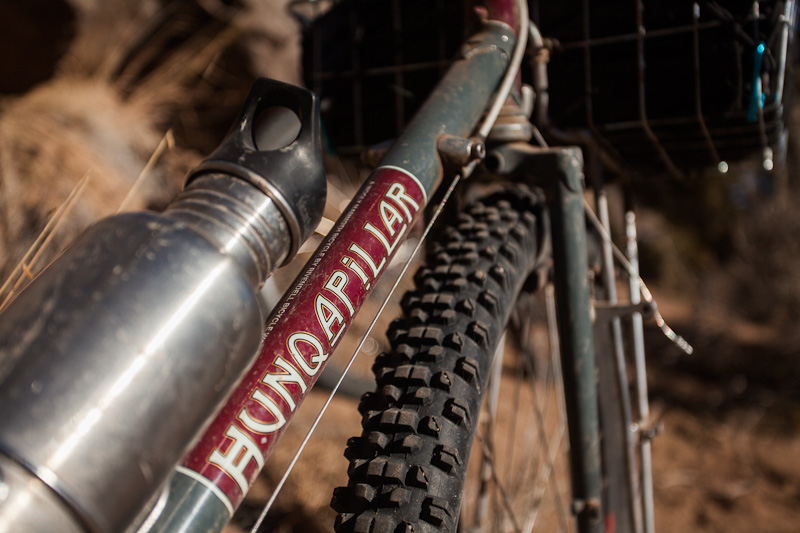 Parking his Surly Neck Romancer to one side, Jeremy had chosen the trusty Hunqapillar for this outing. 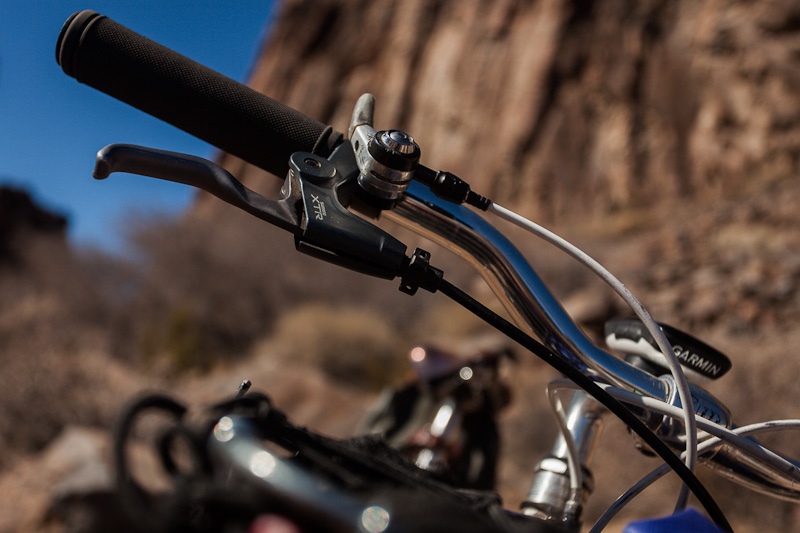 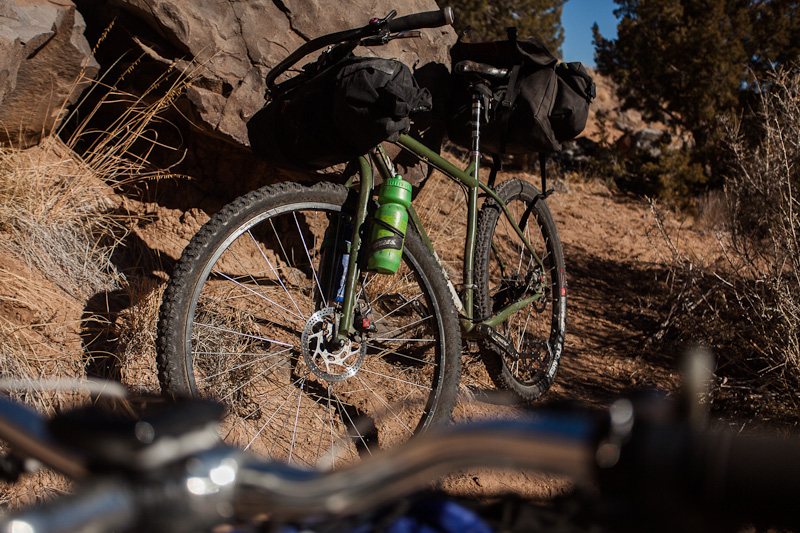 The Ogre. Felt like home. Seen here with a Porcelain Rocket handlebar rollbag and a Carradice saddlebag. 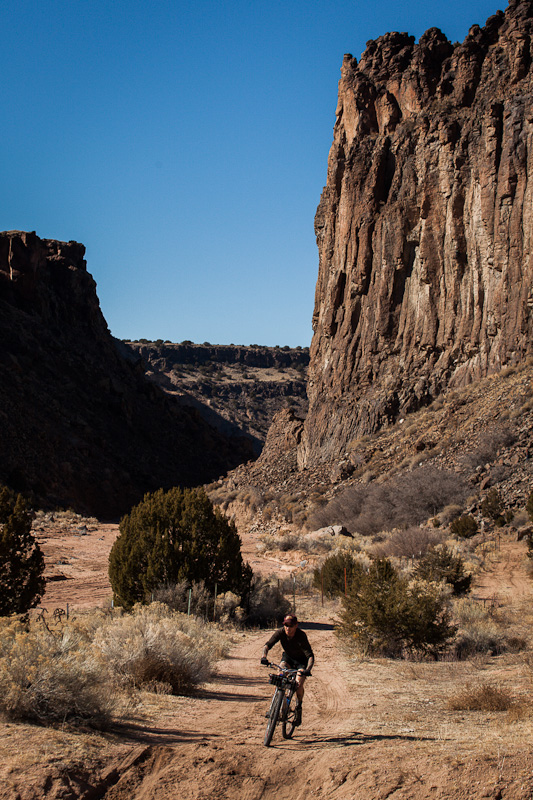 Our destination is a popular spot with local climbers. 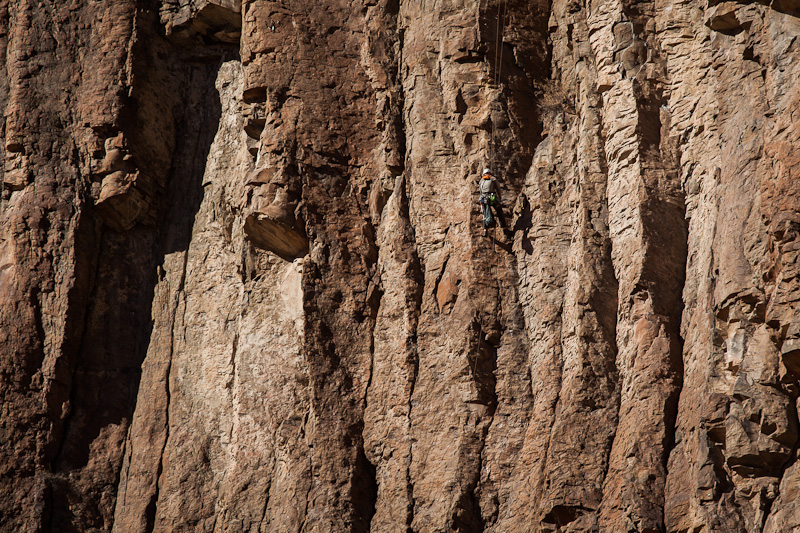 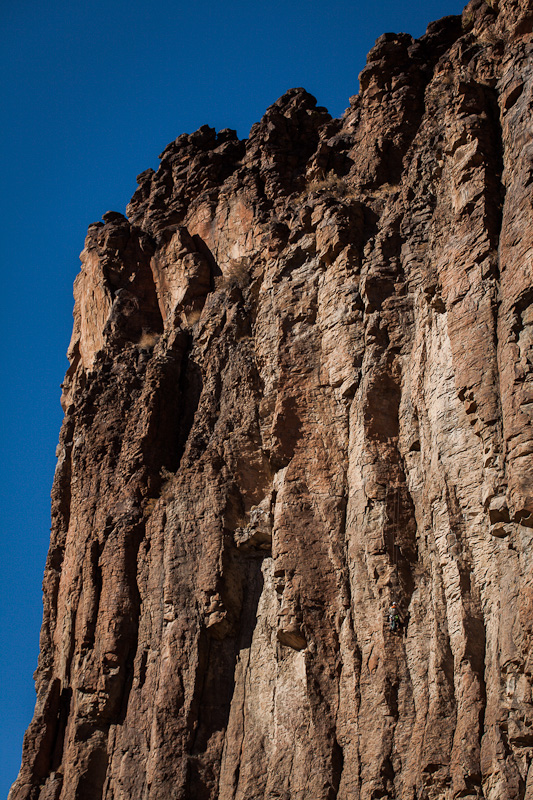 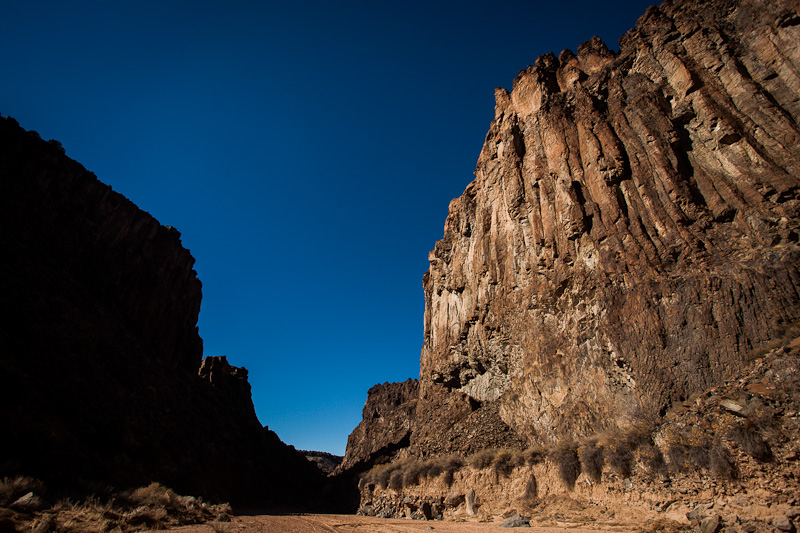 Diablo Canyon, just 25 miles away from my door mat. 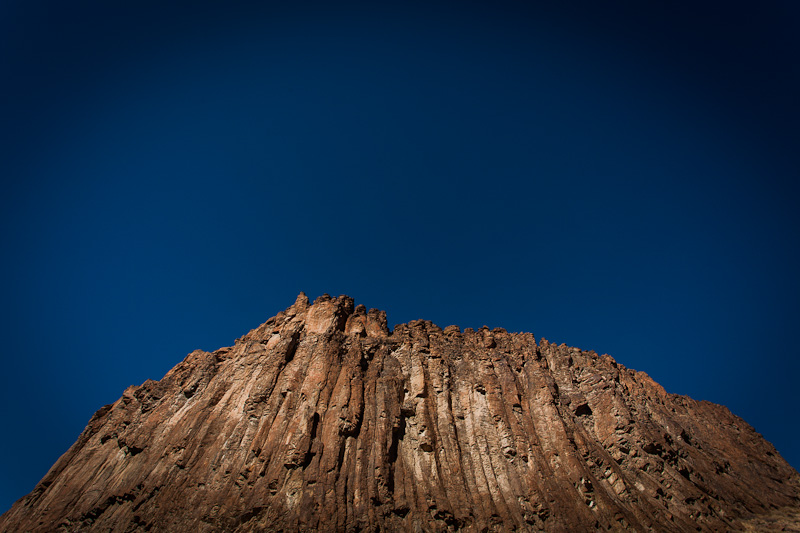 Nowadays, life has taken a slightly different turn of the handlebars… On the days I’m not riding local trails, we’re initiating Sage (aka Peach, on account of his peach-shaped head and peach-fuzz hair) to the Chariot trailer. So far so good. For now, he seems more comfortable than the constrictive position of the car seat. The gentle, natural motion generally lulls him to sleep. 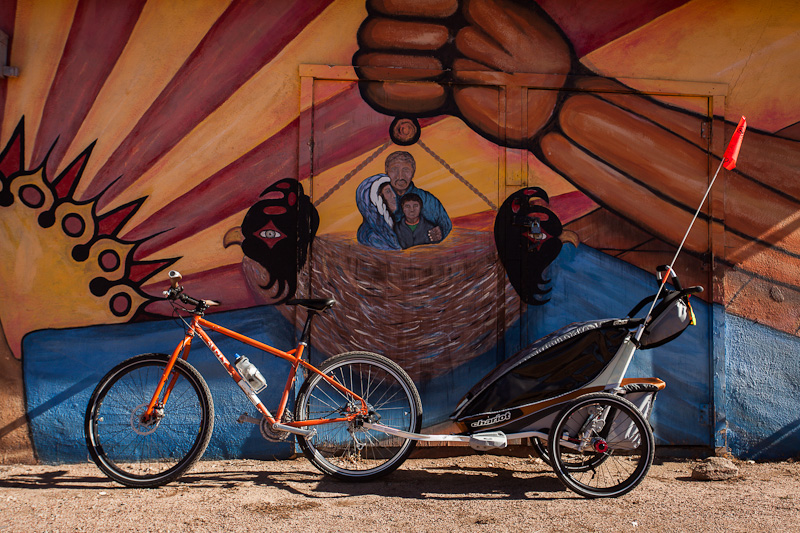 Your Chariot awaits, sir. So far, the CX1 is proving to be a worthy investment. Since it’s acquisition, the car has barely been used. 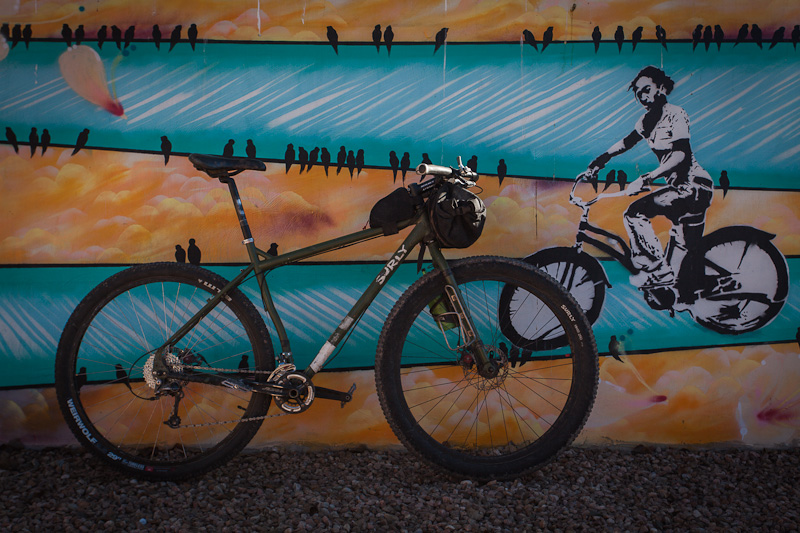 Experimentation. I’ve been riding the Ogre with the bulbous Rabbit Hole/Knard combination up front. 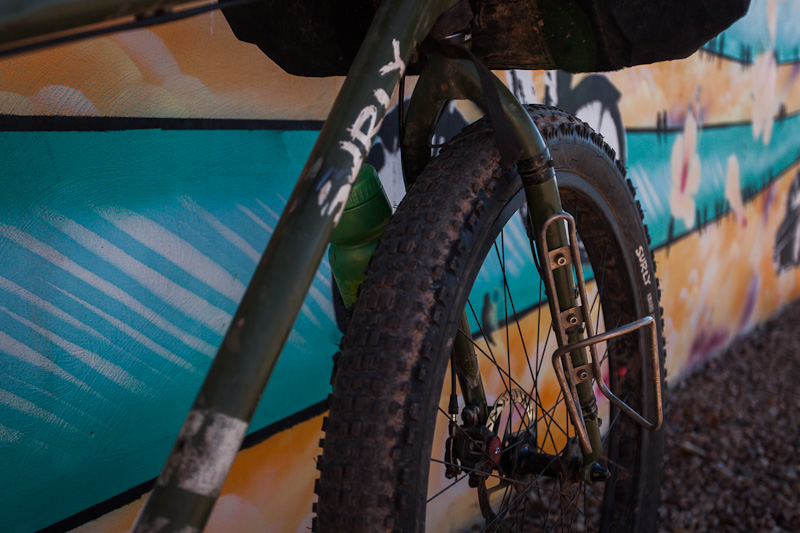 Not much clearance for anything but bone dry conditions, but makes for a cushy ride. 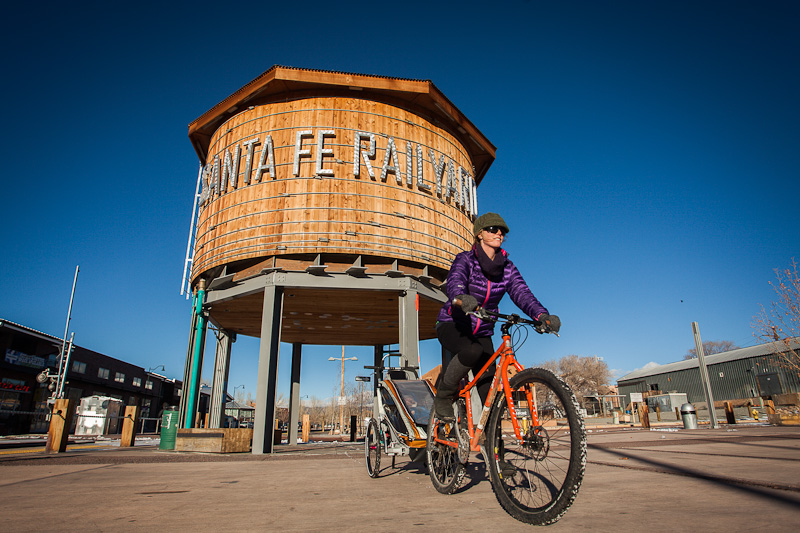 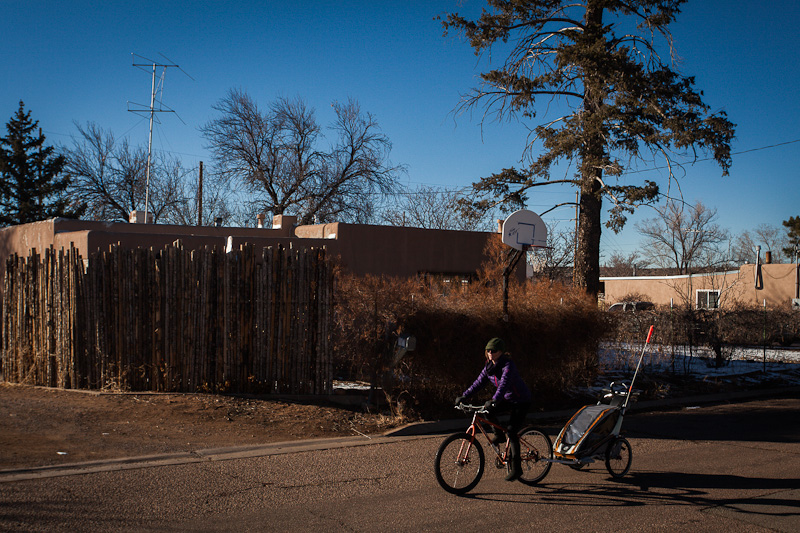 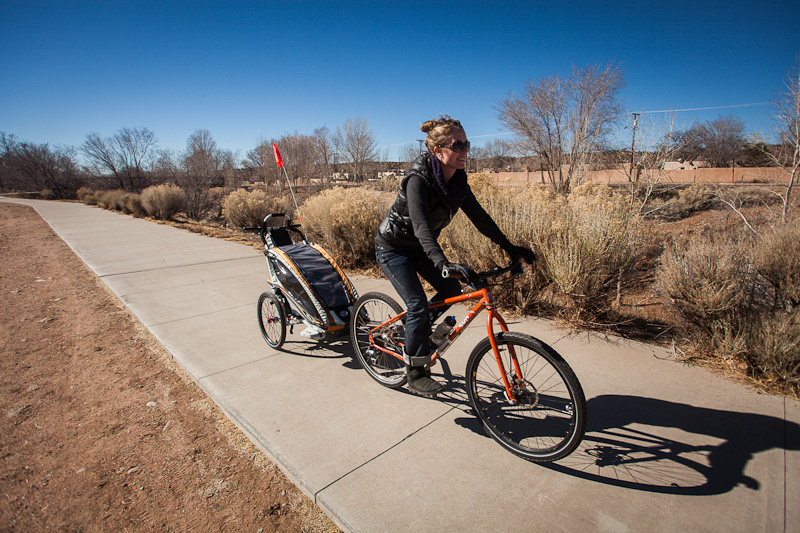 The city is relatively well connected by bicycle paths, like this one running beside the Santa Fe river – or rather the dry creek, as it is now. 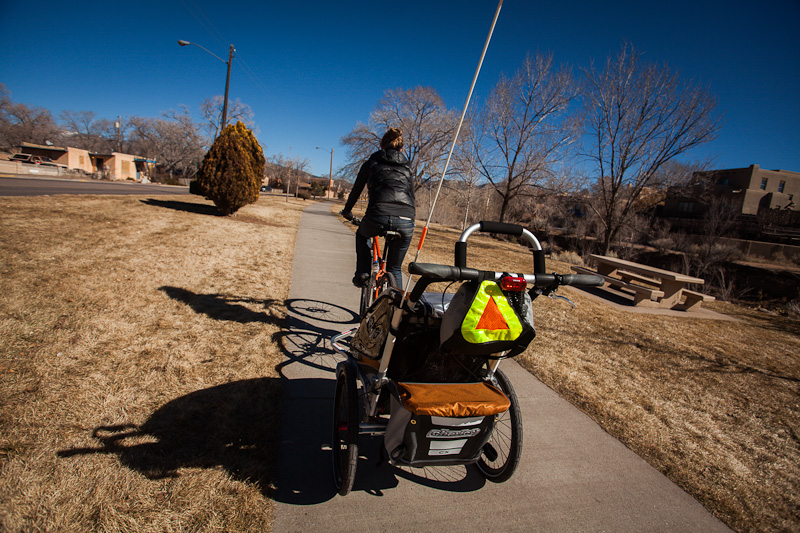 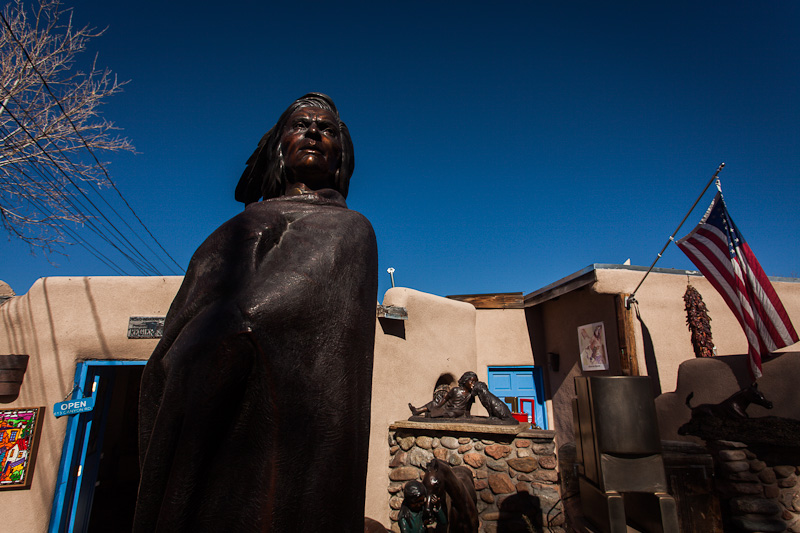 Our urban amble took us past just a handful of the 250 galleries for which Santa Fe is well known. The densest knot is along Canyon Road, where art is interspersed only with upscale restaurants and cafes. 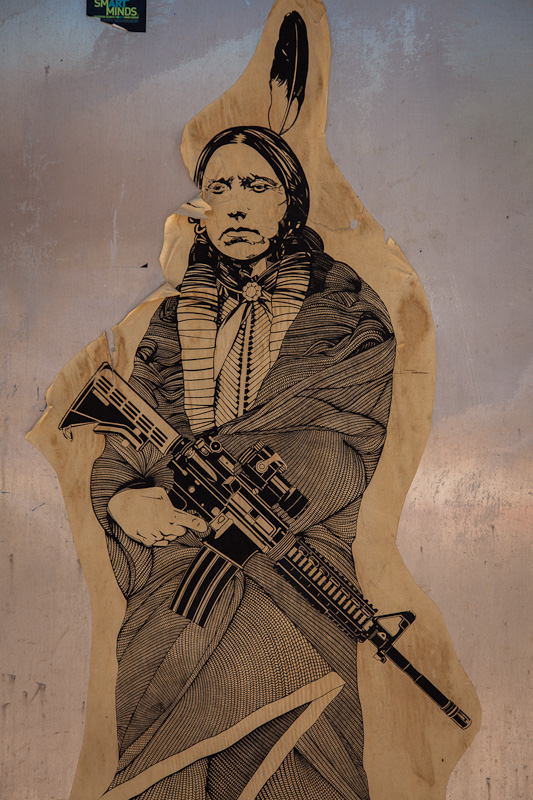 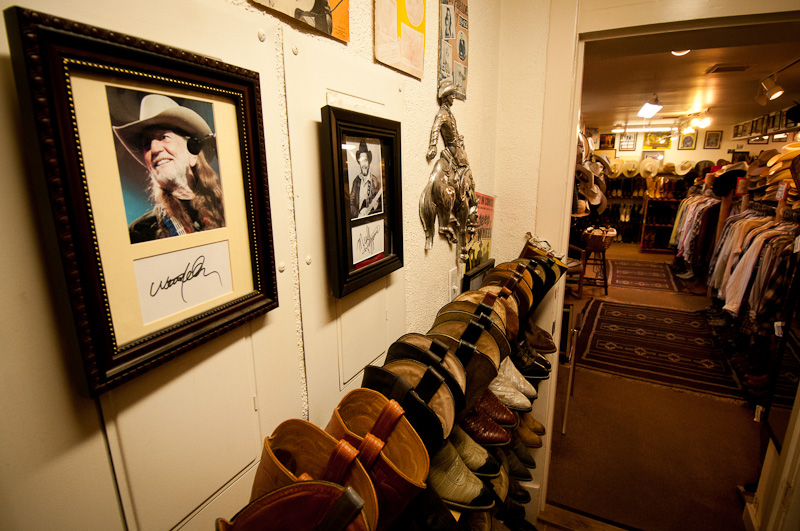 Cowboyz. With a z. 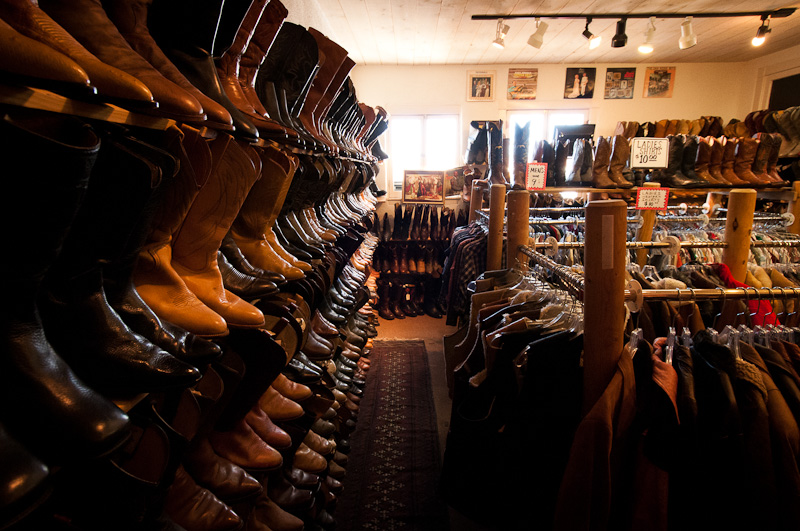 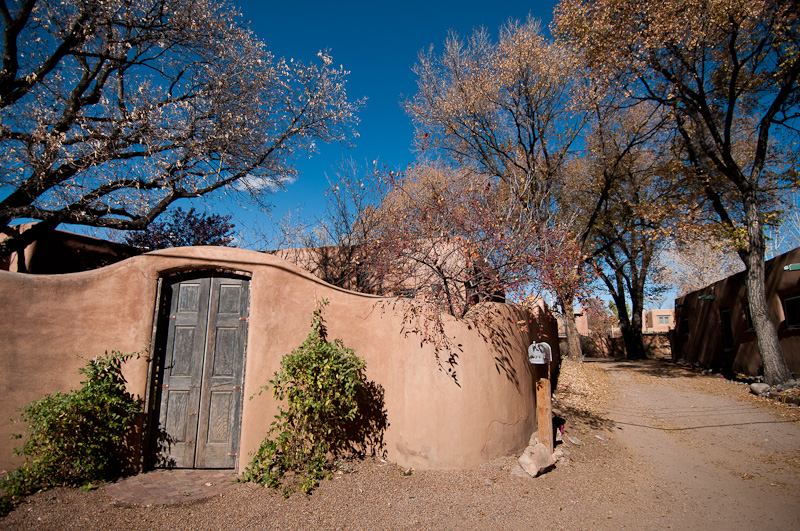 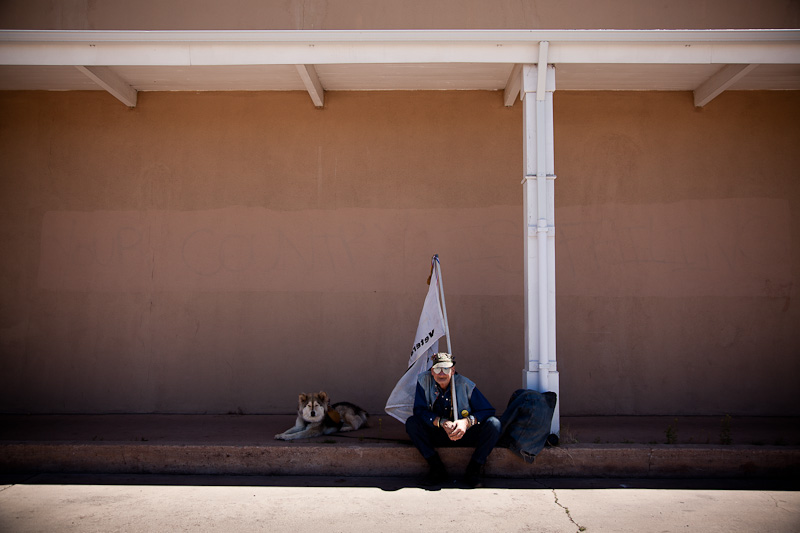 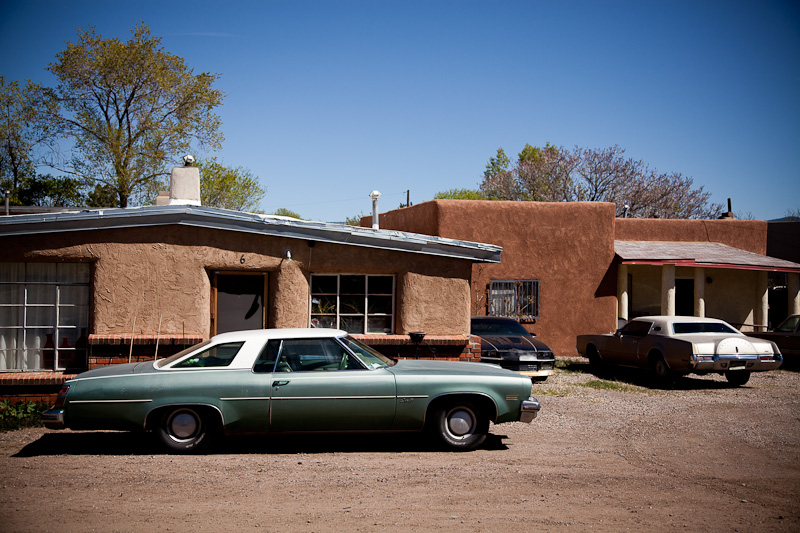 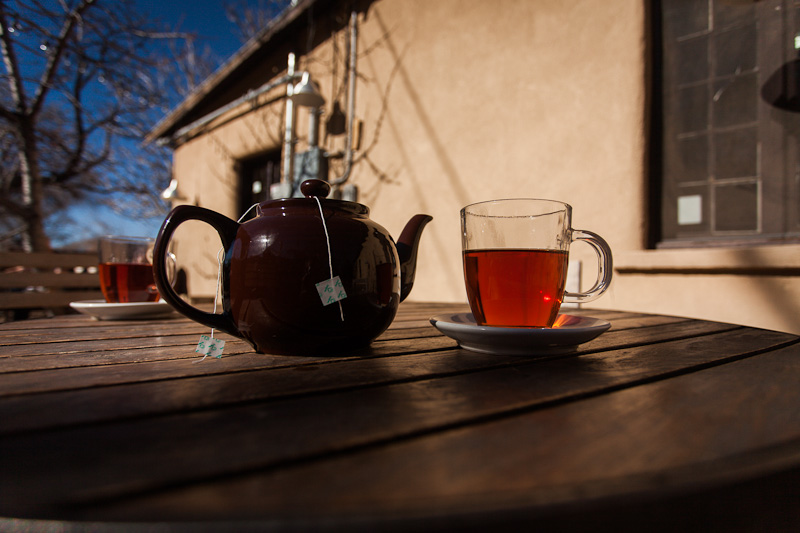 Santa Fe being Santa Fe, post ride refreshment comes in the form of a fancy cup of tea at the Tea House. PG tips? I don’t think so. Chocolate mousse and roibos flavour, please.