It’s the eve of my departure from Peru. By tomorrow morning, I’ll be back in Los Angeles, heading for the glitzy, commercial ‘delights’ of Interbike, Las Vegas, one of the major trade shows of the biking calendar. There, I’ll be meeting up with Nicholas and Lael, for some fat bike fun…

Getting to Vegas on public transport is proving tricky. I arrive in LAX airport on Sunday morning, so if anyone has any ideas on how I can reach Nevada that day – or on Monday – I’d be most grateful. And, if anyone happens to be driving back to New Mexico after the show and has room in their vehicle for a body and bicycle, I’d be very grateful for that too.

In the meantime, I’m signing off this Peruvian post with a couple of photos of my final abode, situated opposite the catacombs of Lima’s San Francisco Monastery.

20 soles (under $8) has secured me a dorm bed in perhaps the most wondrously surreal lodging I’ve experienced. Hotel Espana is housed in a ramshackle colonial building, festooned with Greeco-Roman busts and hodgepodge of gold-guilded art, covering every spare inch of its labyrinth corridors. If that’s not enough, there are peacocks and giant tortoises perusing the rooftop garden, while an unexpectedly vicious dachshund, complete with Hannibal Lecter-style mask, patrols the lower tiled floors.

To round it off, my dorm room is shared with a young, Mexican ProgRockFolkloric band playing Lima’s rowdy bars… A fitting finale to this journey.

Here’s to the wonders of travelling.

I ended up catching a ride with El Paso-Los Angeles Limousine Express Inc, which contrary to the allusions of its name, is actually a Mexican bus that runs from downtown LA to Las Vegas (dropping you off just near to Hostel Cat, with sub $15 beds). It takes about 6 hours, costs just $25 and there’s no charge for a bicycle. 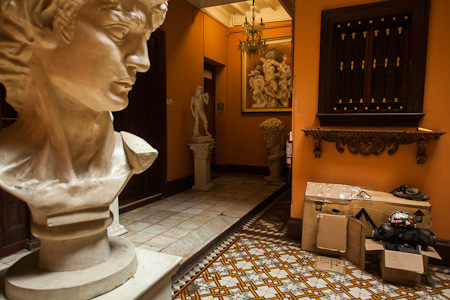 Under the watchful eye of a four foot Greek bust, I’m packed up and ready to go… 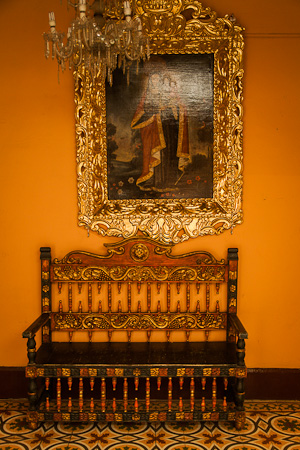 The resplendent Hotel Espana. $8 dollars for a dorm bed in regal settings. 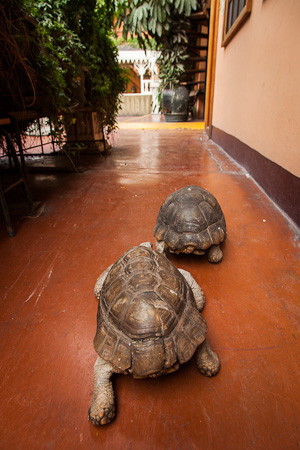 Changes ahead. Like its resident giant turtles, I’m on the move again. A bit speedier than normal though. 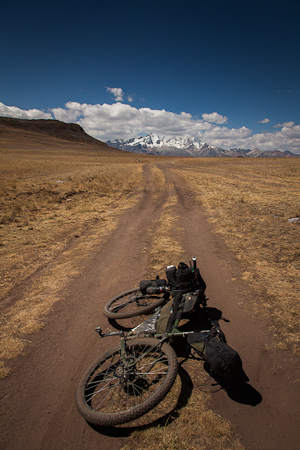 25 thoughts on “Interbike ayuda – and a farewell to Peru.”