In brief… We’d planned another campout this weekend, but with summer storms barrelling in during the afternoons – and blotting out the sky – we settled on a day ride instead. Still, it was the longest we’ve undertaken so far with Sage. A Herculean 24 miles! 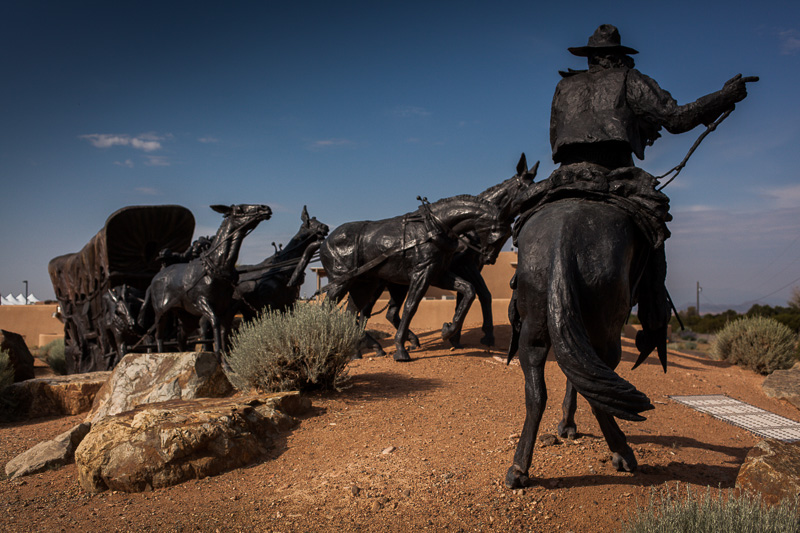 I’d not noticed this sculpture before, out on the edge of town. A vast bronze titled the Journey’s End, it’s impressive in both the detail of the story it tells, and its scale. 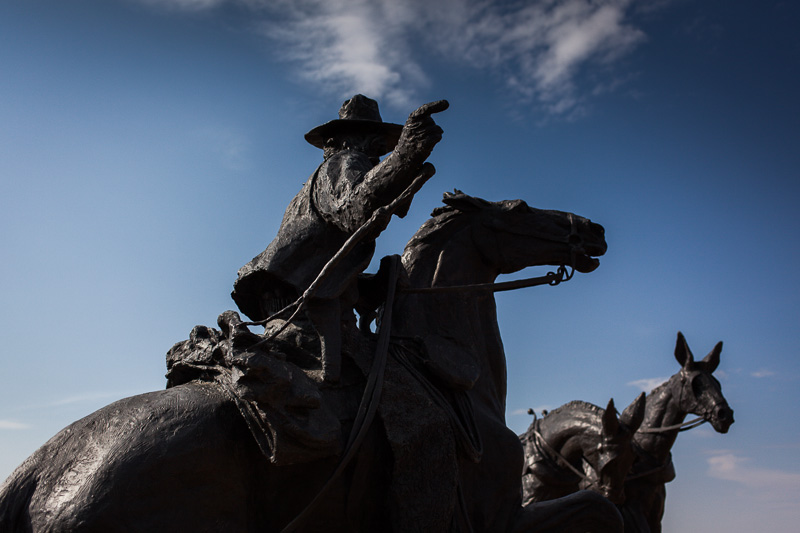 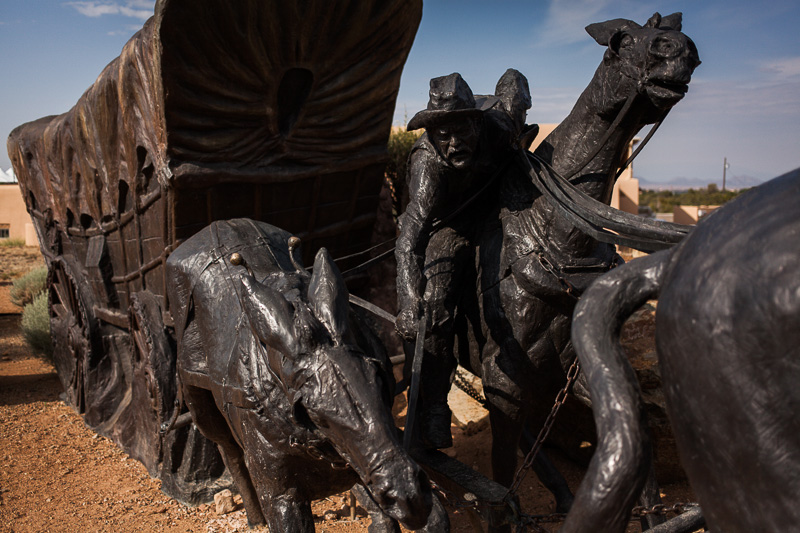 Measuring 56 feet long and created by Reynaldo Rivera and Richard Borkovetz, it shows a lead wagon approaching the settlement, having travelled the length of the Santa Fe Trail… 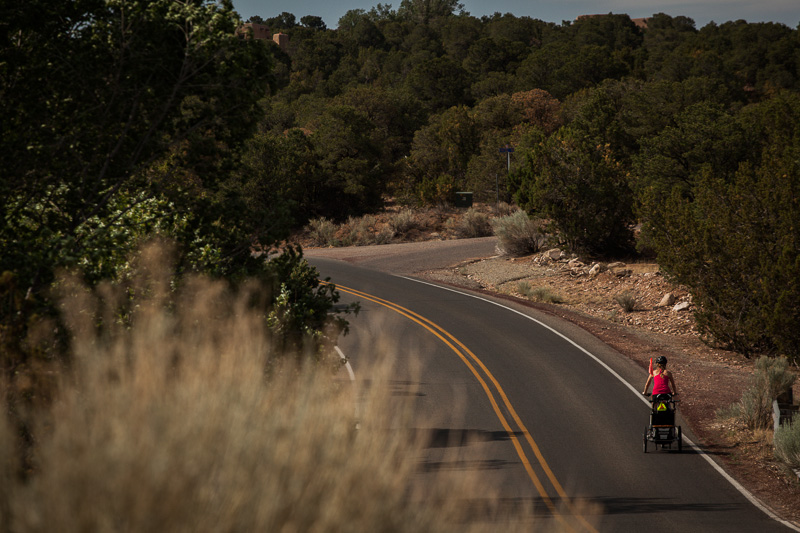 … a portion of which we were riding today.  Except that as romantic as the Old Santa Fe Trail may sound, it’s now a buttery smoothed paved road. It’s relatively quiet though, and certainly prettier than the frontage thoroughfare that’s generally ridden by weekend roadies. 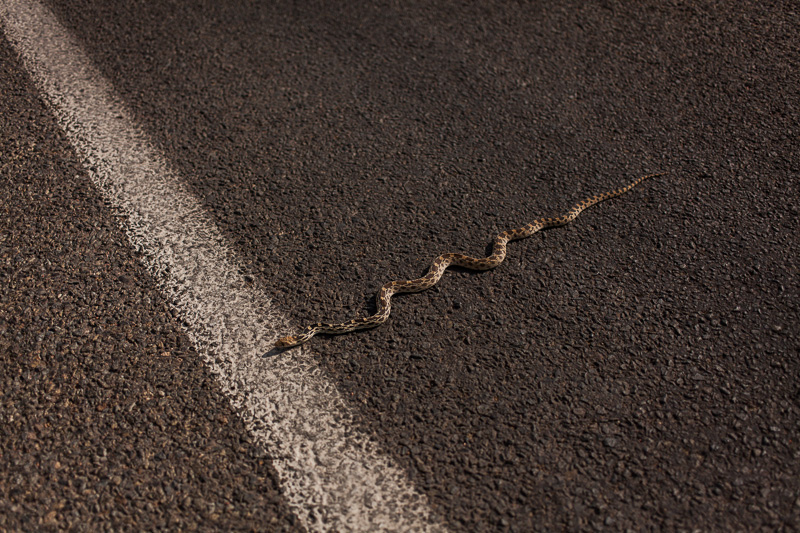 Friend or foe? Santa Fe is warming up, and the critters are out. 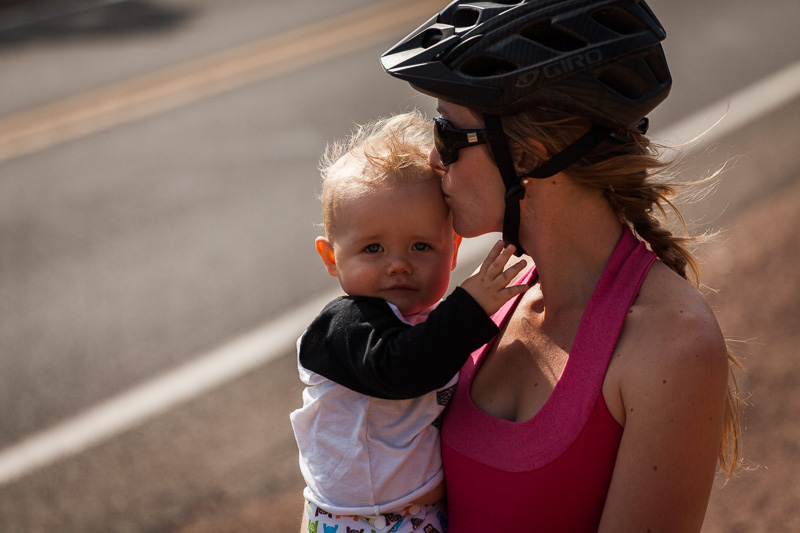 A mid way break for Sage. 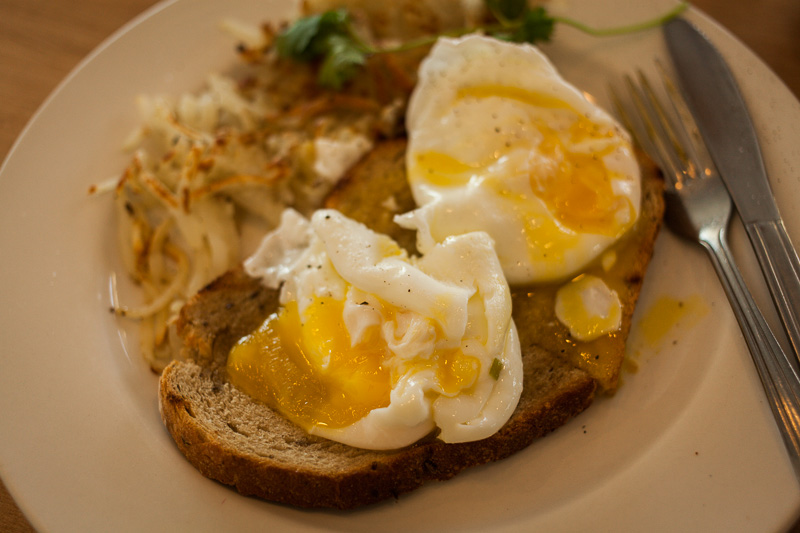 Our destination was sustenance. Out on the fringes of the desert, Cafe Fina (named after the old gas station it replaces) is a surprisingly cool and contemporary cafe. Much of its ingredients is grown in its own gardens. 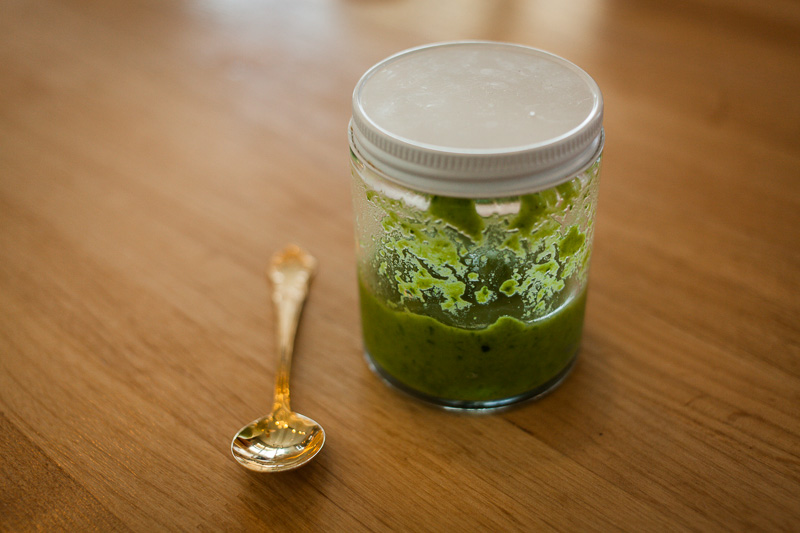 Sage had his own vial of goodness that Nancy had prepared. Peas and spinach. The boy likes his greens. 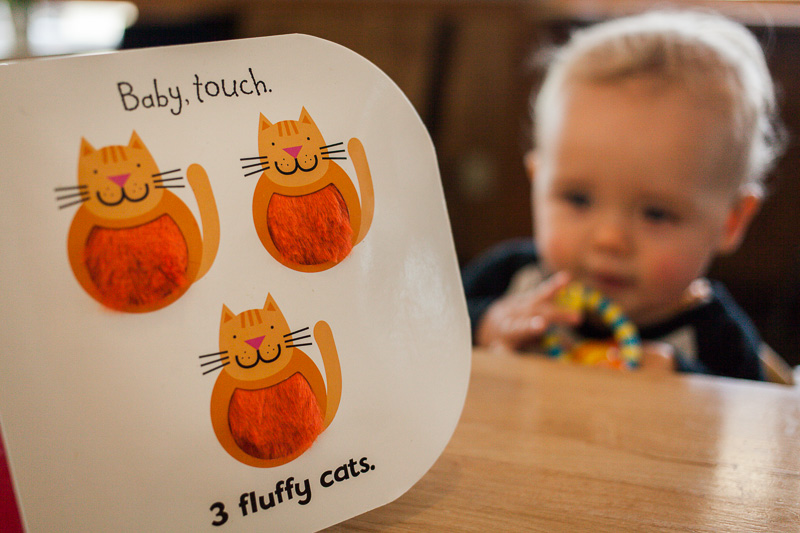 Touchy feely. He loves this new book, sent to him by Grandma Joannie. 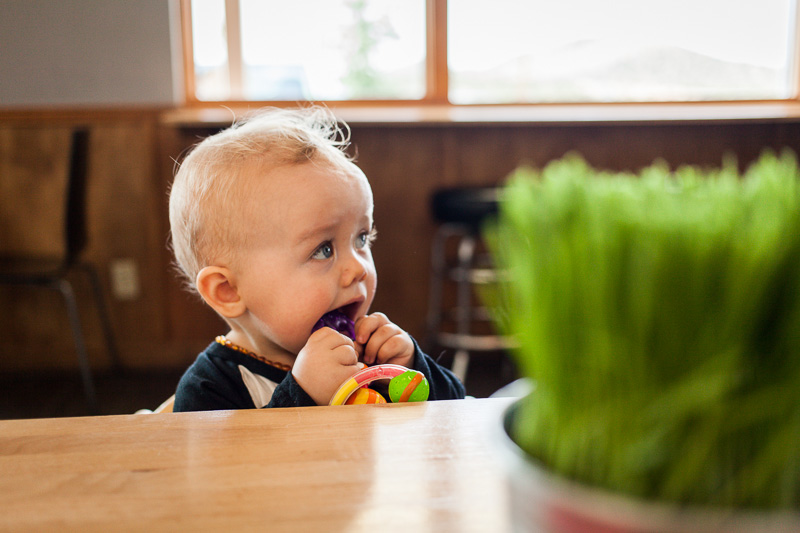 Currently, chewing things and people watching are two of his favourite hobbies. 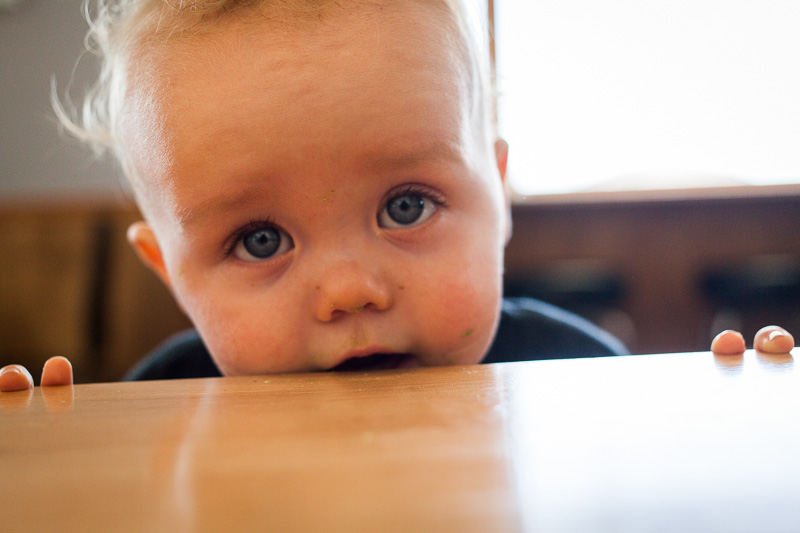 Gnawing on the table works too. 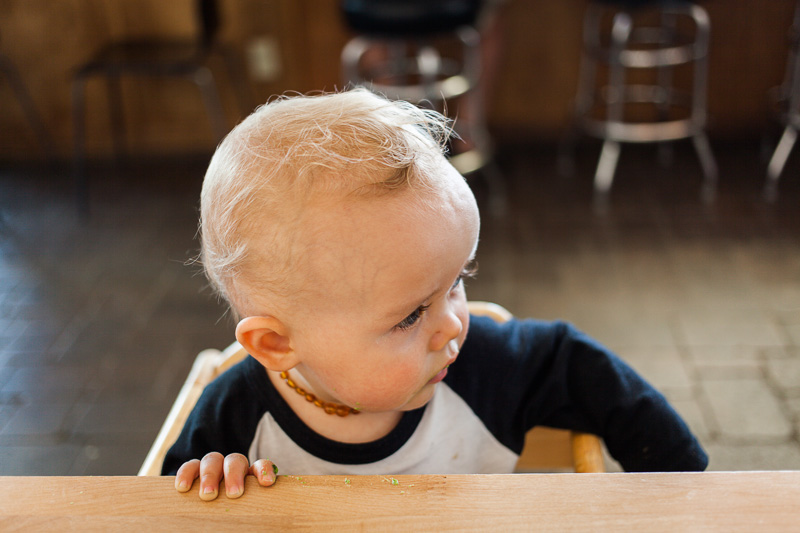 His hair if finally starting to sprout, complete with wispy curls. He often gets called the ‘Gerber Baby‘! – thanks to a certain resemblance to the illustration on a baby food brand. 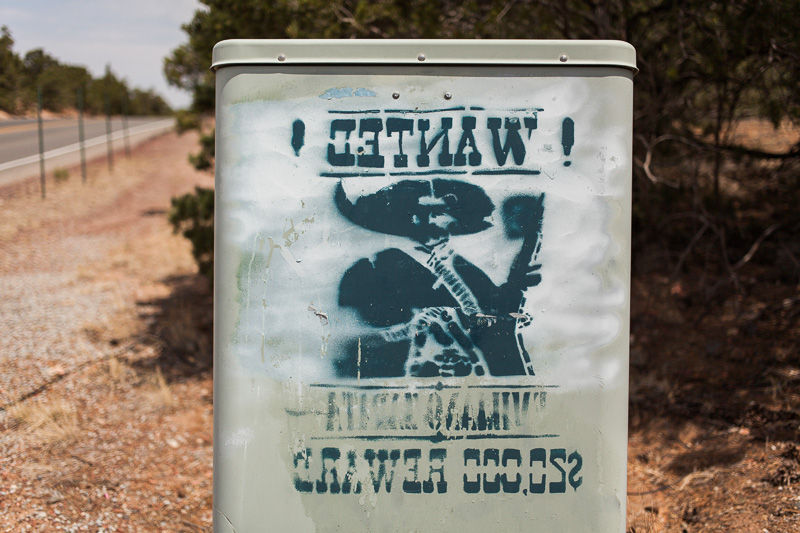 Heading home again. Not sure why this roadside stencil is back to front, or who the outlaw is. Doesn’t seem to read Pancho Villa, though the moustache and sombrero look to be his. 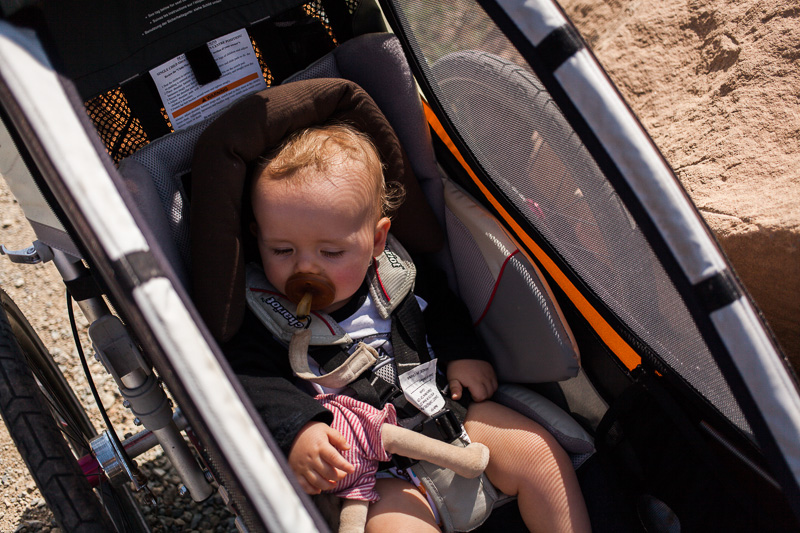 Nice going Sage! A little hot and sweaty, but he seemed happy enough, dozing or singing away.

I’ve mentioned this before, but given these temperatures, the removable side panels of the Chariot CX1 (the 2011 model we have is being discounted to $620 right now) have proved worth the extra cost over the Cougar 1 – which, incidentally, is being discounted to $379. Although we recently bought a Baby Supporter for Sage, his somewhat oversized head (inherited from me, unfortunately), won’t squeeze into it. Instead, we’re using a wider one designed for car seats.

And lastly, a link. I just came across this blog post, brilliantly summing up the absurdity of taking journeys 3 miles or less by car, that’s so amusing it’s not even offensive…

3 thoughts on “The Old Santa Fe Trail and the Gerber Baby.”