This is an overview of the route I took through Central America, with links to the relevant blog posts – where you can find more details and notes. The countries are also individually archived within the Central America blog category. I’ll try and get a map up at some point.

In terms of route finding, I use whatever maps I can get my hands on, generally the IMTB series, to get a rough shape of the ride. Then, I ask around locally for backroutes and dirt roads – especially in decent mountain bike shops, if I find them. However, Google Earth is definitely be a great source of information too, as I’ve been finding later in my travels. Uploaded to a GPS, it makes for all kinds of remote, backcountry touring potential… 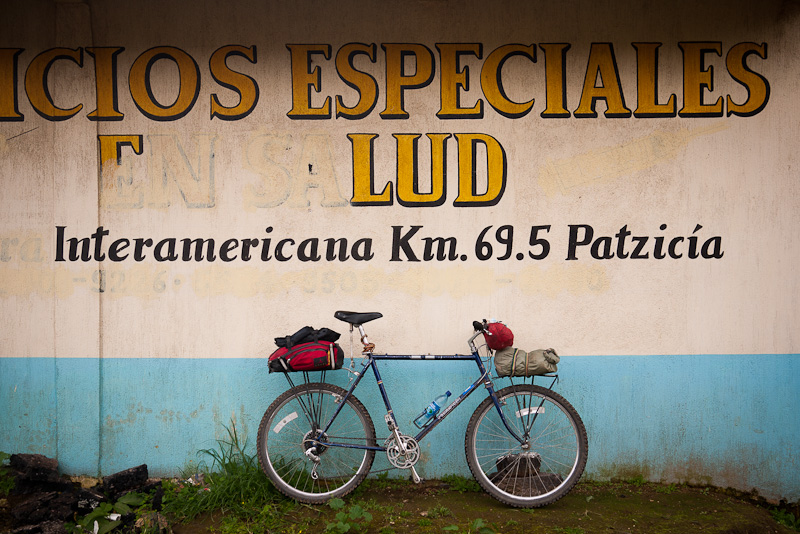 The Panamericana is the main artery through Central America. It’s the quickest route through the Americas, but for a stress-free tour, is best avoided…

Dig around, and Central America reveals rugged mountains, pristine beaches and forgotten jungle ruins. But it takes time to reveal its fantastic potential. And it takes a concerted effort not to get sucked onto the Panamericana, the most direct thoroughfare through the continent – jostling with goliath trucks and buses is the antithesis of the kind of travelling I enjoy. Crisscrossing from the Caribbean coast to the Pacific is one way of keeping to quiet roads, via Belize, the Central Highlands of Guatemala, Honduras and Nicaragua’s Mosquito Coast, and the Nicoya Peninsula of Costa Rica. Just don’t expect backcountry Central America to be easy going; the highlands in Guatemala and Honduras highlands are rippled with some of the most challenging terrain in the whole of Latin America, and Costa Rica is no slouch either.

If you have the time, I’d also highly recommend a side trip to Cuba, a relatively cheap hop across from Cancun, Mexico, or various capital cities in Central America, such as Guatemala City (as I did).

Security-wise, I felt comfortable almost everywhere, except for parts of the Honduran coast – naturally things change, so check locally.

Guatemala – Two months’s voluntary work at MayaPedal, and a second dirt road foray via Xela across the border into Chiapas, then more dirt to Peten, Coban and San Andres, plus a hike to Mirador.

Nicaragua – Dirt roads south from Puerto Cabezas through RAAN, along the Pacific Coast and around idyllic Isla de Ometepe.

Costa Rica – Dirt roads through the Volcan Rincon de la Vieja. Then more trails and beach riding round the edge of the Nicoya Peninsula. Paved road traverse via Alajuela to the Caribbean coast, via Puerto Limon and Puerto Viejo.

Panama – Side trip to the festive islands of Bocas del Toro, then back over the mountains towards David to the Pacific coast and Las Lajas, before following the Panamerican Highway to Panama City. Sail boat through the San Blas to Cartagena, Colombia. 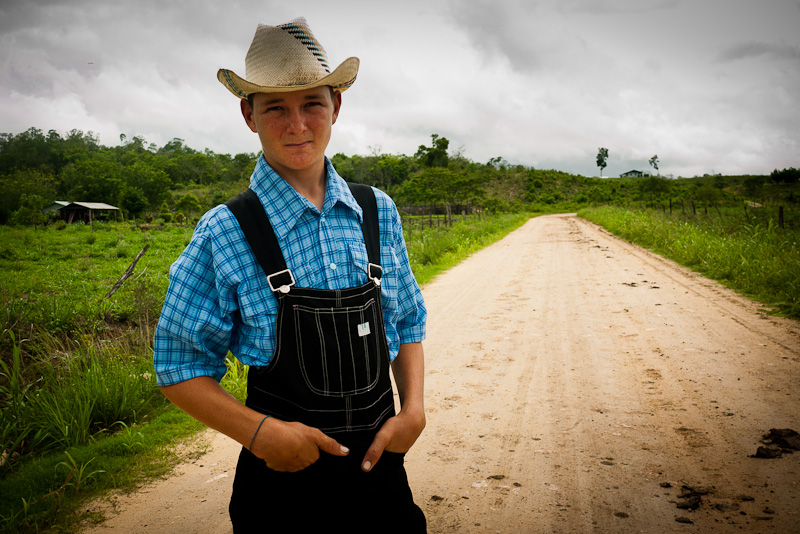 A mennonite in backcountry Belize. 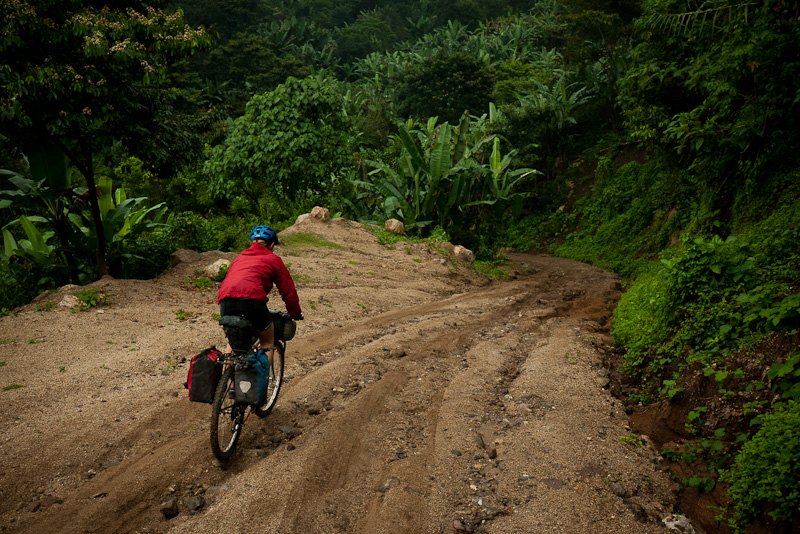 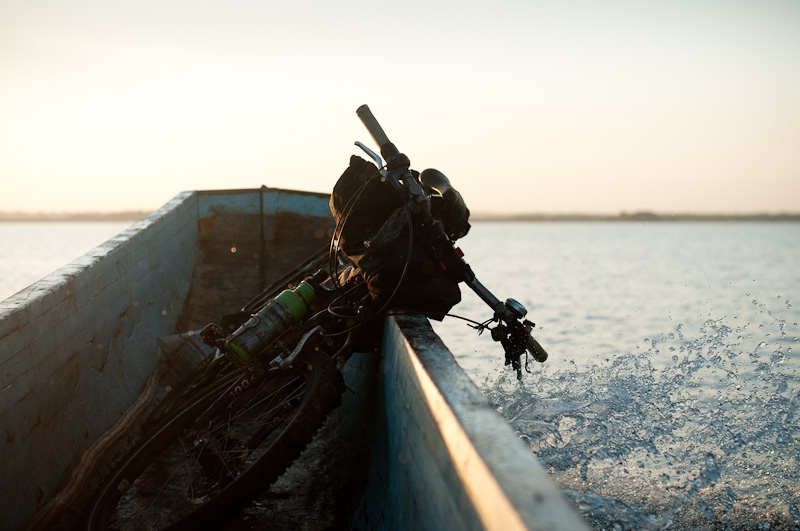 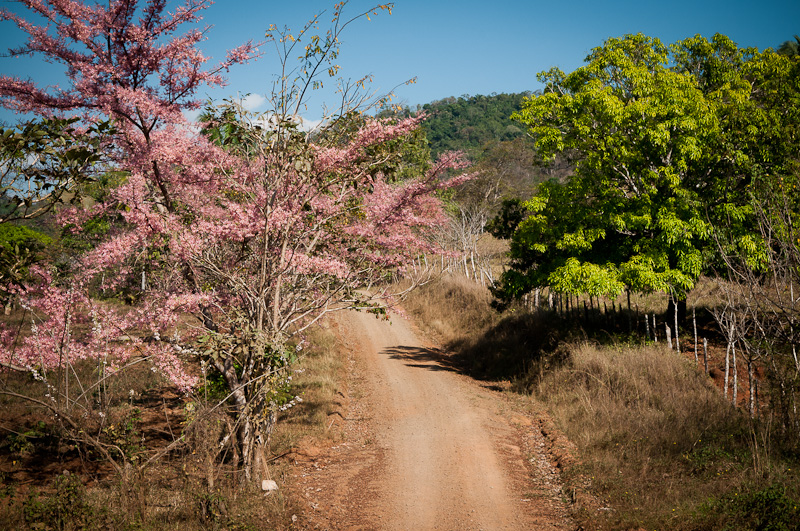 Avoiding the hordes in the Nicoya Peninsula, Costa Rica. 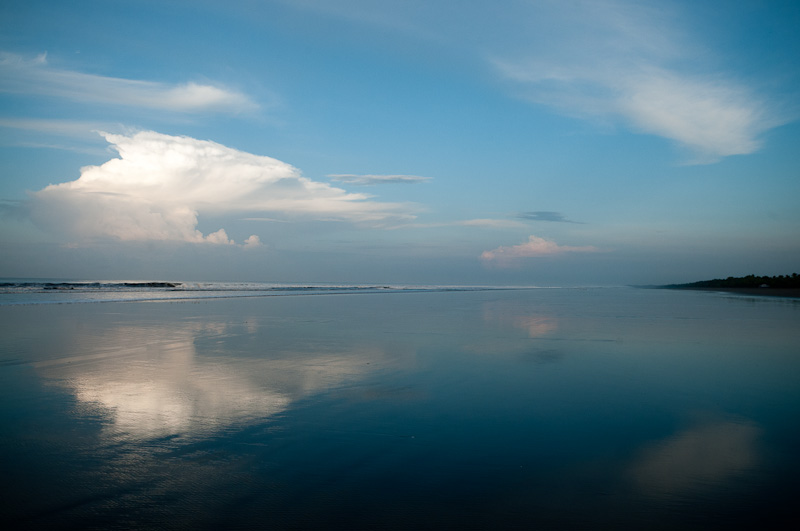 A side trip to Las Lajas, Panama, said to be one of the longest beaches in Central America.